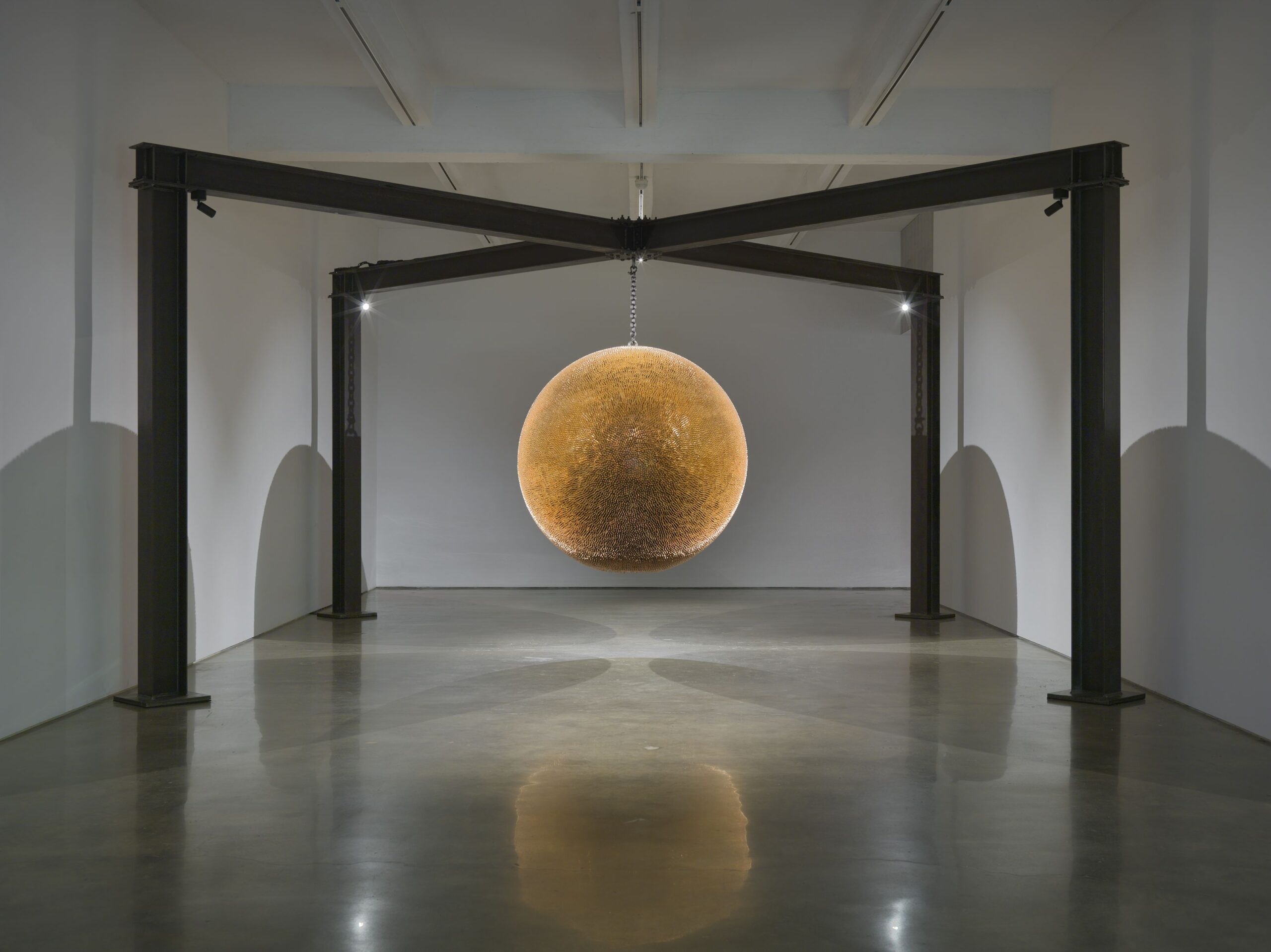 Robert Longo’s Amerika marks the beginning of a two-part exhibition by the artist and is a continuation of his Destroyer Cycle series, an investigation into the politics of power, futility, and aggression. Longo will open the second part of the exhibition, Fugitive Images, in November at Metro Pictures.

Amerika consists of three large-scale works that reflect the fraught events dominating the current U.S. news cycle. Entering the gallery, the viewer is confronted by Longo’s Death Star 2018, a monumental sculpture that responds to the exponential proliferation of mass shootings in the United States. The rear gallery features a chilling, three-panel charcoal drawing of the White House rendered in the artist’s uncompromising technique. In the upstairs gallery, an immersive film installation incorporates iconic imagery extracted from the media––some of which Longo has used as source material for his extraordinary charcoal drawings.

Death Star 2018 (a version of which was first presented at Art Basel Unlimited in Switzerland last year)* is an expanded/updated reconfiguration of Longo’s 1993 sculpture of the same name. A suspended globe studded with over 40,000 copper and brass assault rifle bullets, the work comprises more than twice the number of bullets used in the original to reflect the unprecedented increase in mass shootings in the U.S. over the last 26 years, giving an alarming statistical abstraction a jarring material form. The artist’s ominous depiction of the White House, in which the audience’s perspective is positioned from below, directs our view up toward the looming presidential residence, surrounded by a sinister forest and turbulent sky.

Robert Longo was born in 1953 in New York, where he lives and works. In 2016, Garage Museum of Contemporary Art, Moscow, presented a major exhibition of his works alongside those of Francisco Goya and Sergei Eisenstein. The exhibition, titled Proof, traveled to the Brooklyn Museum in 2017 and then to the Deichtorhallen Hamburg in 2018.

*In order to support efforts to reduce gun violence, Longo and Metro Pictures are donating 20% of the proceeds from the sale of Death Star 2018 to the Everytown for Gun Safety Support Fund.

Text and images courtesy of the artist and Metro Pictures, New York.

Dior pre-fall with art by Soroyama