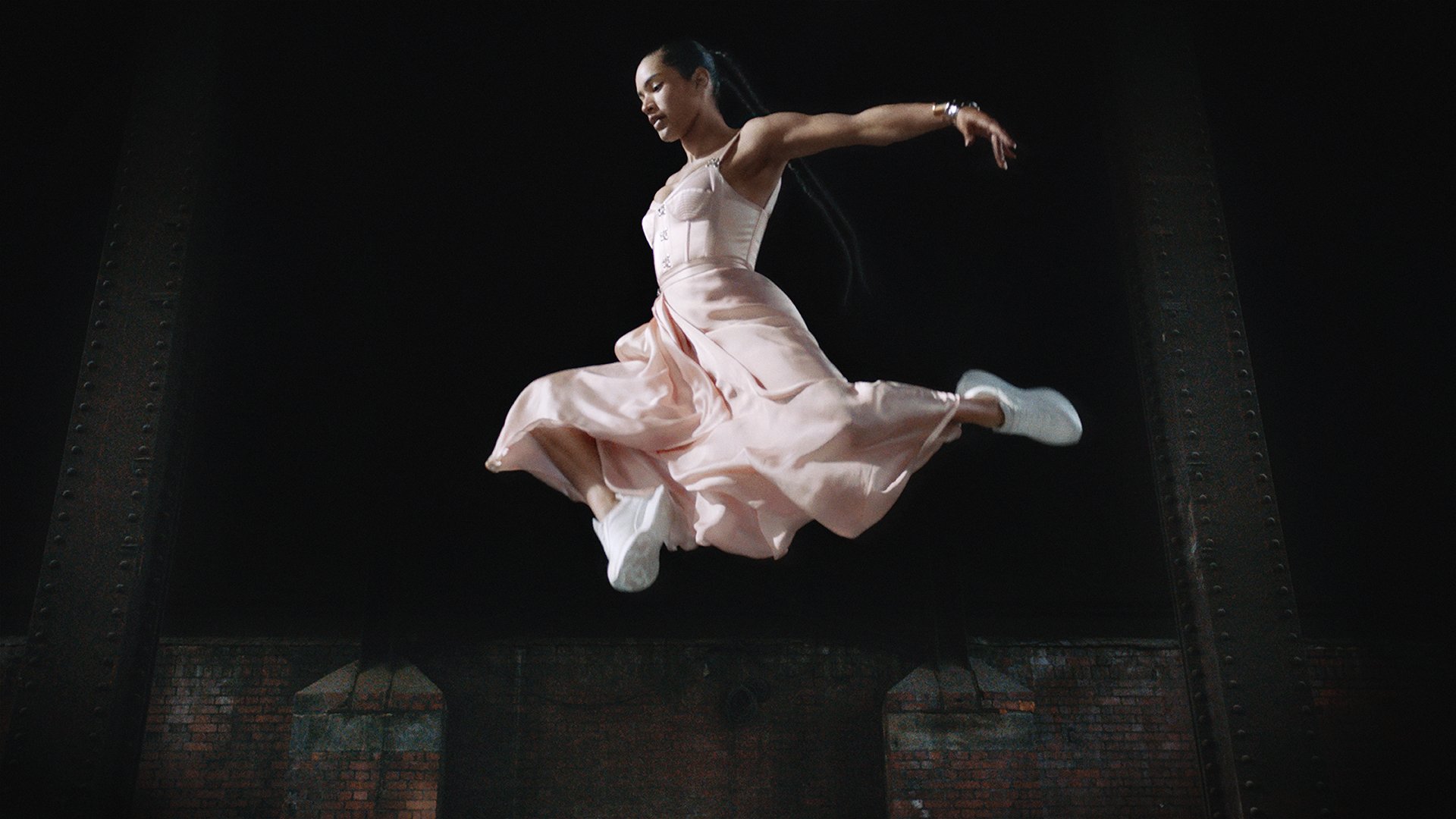 Mettenarrative is a renown singer songwriter, actor, and dancer. She came to prominence touring with Pharrell Williams and for the music video for “Lemon” by N.E.R.D., featuring Rihanna. She has also appeared in films such as Hustlers and The Old Guard. This new fashion film directed by Muller is “inspired by Mette’s fiercely beautiful physicality, the film is the ultimate expression of empowerment through clothing.”

“A modern and streamlined variation of a classic running sneaker, the Alexander McQueen Sprint Runner was first seen on the women’s Spring/Summer 2022 runway, and continues to build as a core sneaker for the house. It has a laced, metal free white leather upper and an exaggerated rubber sole. Available in all white with a white counter heel or in white with a contrast black leather counter heel and in seasonal colours reflecting the palette of both men’s and women’s ready-to-wear, all are finished with an Alexander McQueen signature and three-dimensional McQueen seal.”