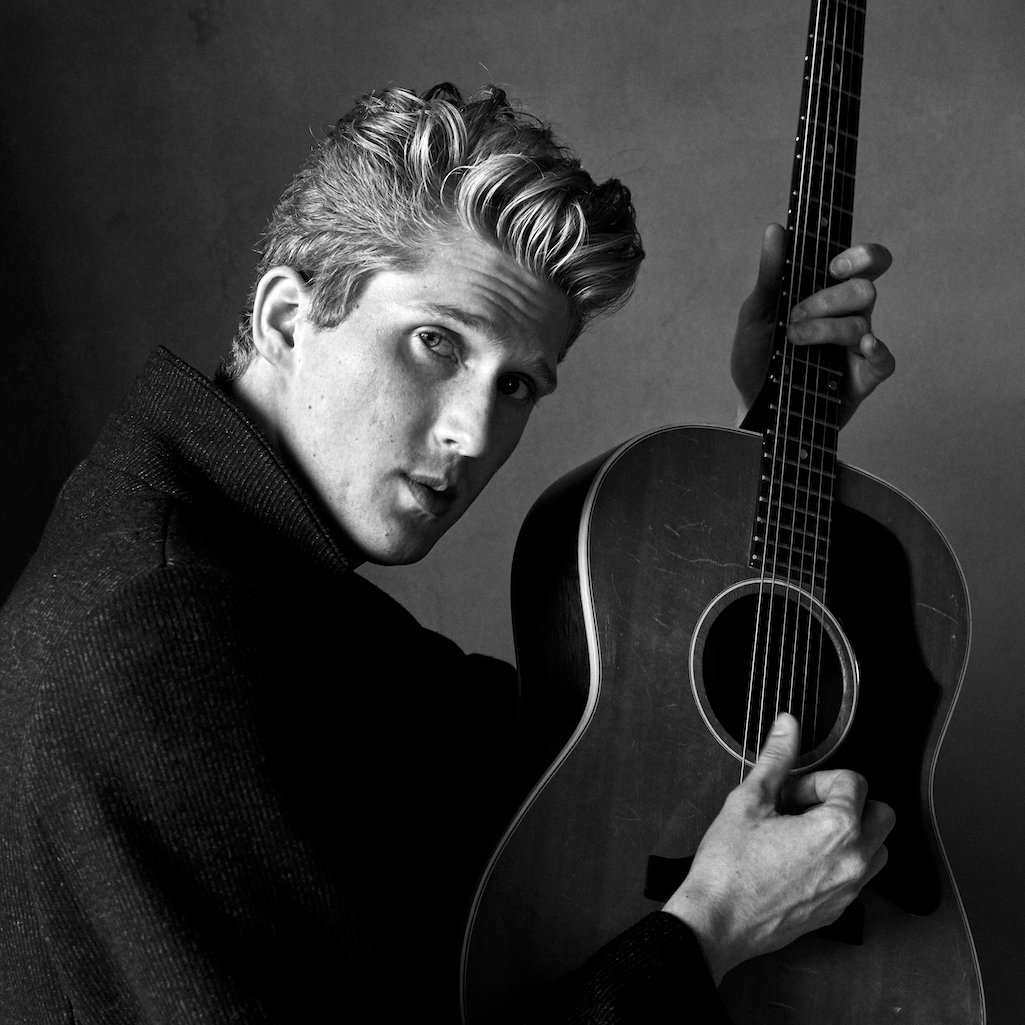 [video src="https://open.spotify.com/album/6hHlfMKplOF1GMHRqFrhaf"]
Following on his celebrated single “Brooklyn,” rising musician, Connor Leimer releases his EP, ‘Mouth Words’ exclusively for RAIN online. Influenced by Jake Bugg and Van Morrison, Connor Leimer’s sound and lyrics draw the listener into solemn, personal stories of love, lust, and romance. This is something that is arguably absent in today’s algorithmic music where introspection has taken to the sidelines. Slow down, take a breath and check out the new EP, ‘Mouth Words’ streaming below. We catch up with Connor in an exclusive interview below.
The title of your new EP is “Mouth Words.” Is there a back story for how this title came about?
The title came about in a very stream of conscious sort of way. One minute I was sitting on my bed silently picking out the melody on a guitar
and the next moment I had the phrase, “i mouth words, i never seem to say them,” almost whispered.
The rhythm of the words fit the guitar melody note-for-note and the cadence was instantly hypnotic. I knew I had something that worked on musical grounds, but then i realized just how honest the lyric was to the introvert in me. I’ve always been aware of the fact that so much more occurs on a subconscious level than what’s ever simply spoken, stated or defined. So it’s a nod to the things one may think but can’t say. It’s the notion that the most brilliant, zany and determined minds often have the softest voices. They’re typically not the loudest ones in a room.
How long have you been working on this album? What was the craziest thing that happened during its creation?
Recording began in March of this year with the song “In New York, at 22” and the other three songs were recorded in a single session with just a bass player and drummer. After a few overdub sessions and vocals, the EP was complete. That’s to say, it all happened fast!
But this project is truly special to me because one of my favorite artists, Josh Rouse, signed on to produce. We met last summer, and I kept bringing him songs so we decided to take the natural next step and record a few of them. I’m such a massive fan of his work that it was surreal and unbelievably crazy when he helped pen the songs and revealed his recording process to me. His albums “1972” and “Subtítulo”  and “Country Mouse City House” remain some of my favorite records that I grew up wanting to sound like.
Have you been spending a lot of time traveling?
I frequent New York but I live in Nashville currently and have been thinking about making a move… where should I go to next? Berlin? New York? Hong Kong? Copenhagen?
How has your music evolved since Postcard and singles like “Brooklyn”?
My process is still the same in the way I collect songs in little batches.Taking the time to get the songs right is most important. I have to know what I want to say.
With this album, I was really drawn to the idea of sparse production and a trio of just a bass player and drummer and me on electric guitar. I wanted to make a record in the same fashion as the great singer-songwriters of the late 1960’s and 70’s: pop-guitar-songs with no frills, sophisticated lyrics with imaginative storylines and a utility band that serves the song. This EP wasn’t about perfection but rather character. I was the worst player in the room – and that’s a good thing! I played all my own guitar parts. My vocals are mostly single takes and there’s no autotune. I wanted to capture songs where the instruments work together and the vocal is dry, sober and filling you in on an old story you might have missed.
It helps when you have players like James “Hags” Haggerty on bass and Marc Pisapia on drums who’ve been playing together for years. Brad Jones lent his wistful piano/keys parts and Daniel Tashian recorded overdubs on “In New York, at 22”. Josh and I of course took care of the guitar work.
Is New York a continued source of inspiration for your music? Why do you think that is? Do you think it’s the city itself or the experience of young people lost in such an overwhelming place?
It’s always an inspiring city to be in. The city is just a companion for the artist and in that way it’s a haven. I tend to romanticize the architecture and the excitement from all the people and eyes that are watching everything and nothing all at once!
Walking down Elizabeth street you’re the lead role on a movie set of real life.
Against the backdrop of today’s pop music you seem to be taking your music in the opposite direction. Do you find you’re able to connect with your audience in a more meaningful way than with a catchy hook?
A catchy hook is a catchy hook, but I tend to lean towards the notion that a great lyric pulls the listener in on a deeper level and connects them to the narrative more fully. There’s so much pop music that I love but I do feel out of touch when there’s no instruments being played or if I’m listening to some droning EDM beat or synth. What excites me is the human element of music: the breath before a lyric, the fingernails sliding on a guitar, the count off, “1, 2, 3, 4..” before a song starts. I want human error, because the imperfections create the most beautiful patterns and sounds. If the other direction is music with more tech, more predictability and less humanity than I’m running the opposite way.
Do you have plans for music videos to accompany these tracks?
Yes, planning a few things out currently with old and new faces!
Do you have any dream collabs?
Writing a song with Van Morrison
When will you next go on tour with the EP?

Setting up shows in Nashville and New York for this fall and hoping to do more in the states when it’s feasible. A dream tour for me would be Japan in the wintertime and Scandinavia in the summer when the sunlight lasts all evening.