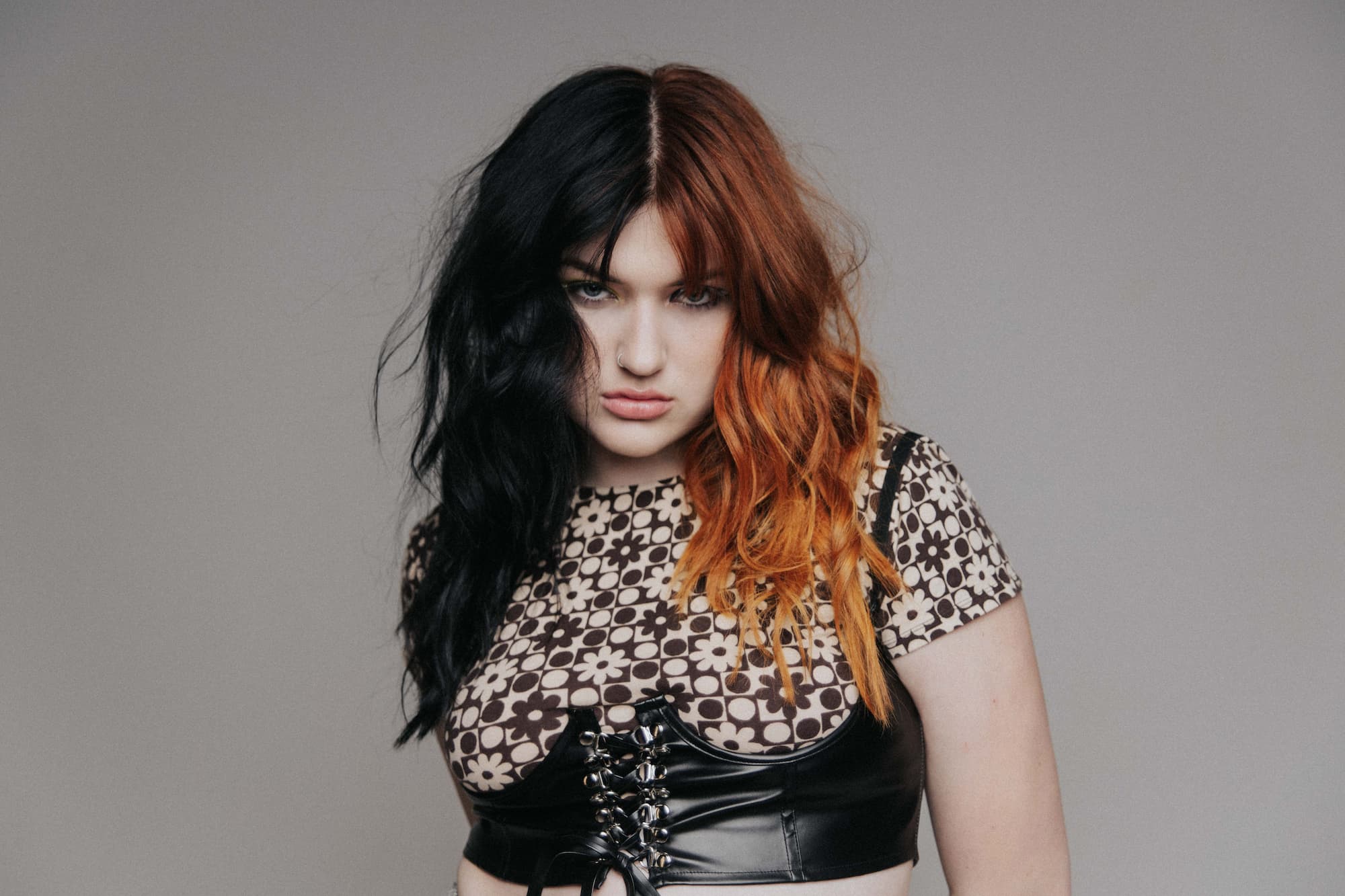 Breakout artist GAYLE, known for her platinum-certified hit, “abcdefu” (1.5B streams), releases her latest single and music video today, “indieedgycool.” The single is taken from her forthcoming EP, volume 2 of a study of the human experience that she’ll take on her “avoiding college tour” later this fall.

The multi-platinum pop singer-songwriter was also recently nominated for two MTV Video Music Awards: “Best New Artist” and “Best Push Performance,” in addition to Billboard‘s Music Award for “Best Viral Song.” Rain caught up with GAYLE in an exclusive interview to hear more about her new cheeky song and what it means to be “indieedgycool.”

Mark Benjamin: I just watched your interview with Jimmy Fallon. It was hilarious! That’s a wild story about how you used the X-ray of your broken finger for the album art of “abcdefu.”

GAYLE: It blows my mind. The last thing I would have thought when I was in the ER with my middle finger in the opposite direction is that I would use the X-ray as a photo for a song.

It was a last-minute decision to put ABC out, and I didn’t want to do a photoshoot because I didn’t want to pay for it. So, I thought, ‘I can use my X-ray. It’s my middle finger, so it makes sense.

The first volume of a study of the human experience was honoring things I wanted to do when I was younger. I wrote “kiddie pool” when I was 15 and put it out when I was 17. That song is where I was emotionally and sonically at 15. I wasn’t emotionally where I was at 15, or even sonically, but 15-year-old me adored that song.

Who do you admire?

Aretha Franklin was my first inspiration. I found Ella Fitzgerald in school and fell in love with soulful voices. I remember my mom showed me a 30-minute compilation of Aretha Franklin, and I was like, ‘that’s what I’m doing for the rest of my life. I’m going to try my best to be Aretha Franklin.’

Coming from Texas, I was also into country music like Dolly Parton and Reba McEntire. Then I found The Chainsmokers. Their music drove me crazy in all the best ways because it was so hooky. It was so catchy. They came out with songs that are undeniably hits. That’s when I fell in love with pop musics’ hook and its daringness and edge. There are more rules and expectations for women in country music, and I didn’t have that.

I love country music, but I didn’t have that undying love and passion that I saw other women have for country music. Even when country music didn’t love them as much as they loved country music, they still, every single day, dedicated themselves to that genre and their craft.

What’s crazy about ABC to me is how it’s one of the first songs in a long time that went viral, like it truly went viral. Everybody knows ABC, and I don’t think that has happened in a while.

It’s hard for me to comprehend how many people know that that song exists, mainly because it isn’t my first instinct to think about it. My first instinct is to feel like my grandma; my mom knows that song, and that’s it.

That’s a good test. When your grandma knows, you’re like, okay, it’s a hit.

I’m still coming to terms with everything that has happened and fully appreciating everything. It still feels a bit like someone is playing a prank on me!

Tell me about that “indieedgycool,” the first single from the second part of your forthcoming EP, a study of the human experience.

I feel like my life has been very eventful over the past year. A lot has happened. For the first time, I had the internet having opinions about me. Pre-ABC, nobody cared; maybe a few people did. I don’t want to act as if nobody cared.

Shout out to them! I’ve found that I don’t mind if people don’t like my music; it’s personal. It’s such a subjective thing. When people start trying to do something about it, stating their opinion as a fact, or believing things on the internet, that is not true, just because they don’t like my music. Or, maybe they don’t appreciate my face or my voice or the words that I’m saying. I found that there’s a specific type of person over and over again that does this.

I started creating this character of a person I consistently saw on the internet who has nothing better to do than to shit on a 17-year-old girl trying to make her dreams come true. That’s all I’m trying to do. I’m not trying to manipulate anybody. I’m trying to put out music and sing my silly little songs on a silly little stage.

So when people say, ‘I hate this, this is too successful.’ I’m trying my best here, you know? I see “indieedgycool” as a take on that persona and making fun of how they make fun of me. I should be a mature person and stop the cycle of internet hate and deal with it, but I will thoroughly make fun of them on the internet about it to their faces.

I love that. Andy Warhol said he never read the criticisms people wrote about him but measured them in inches. He was talking about newspapers, but you’d probably need miles or something to measure comments on the internet these days.

Oh, it’s tested my patience and empathy. I’m grateful for it, but sometimes I’m put to the test.

You’ll come out above it and learn much from it, too. I mean, I think everybody goes through that in some way.

I feel like everybody goes through that point where people judge them and have to choose whether they care or not about it.

You go on tour in October, right?

I do. I’m leaving for a Europe tour tomorrow. I’m there for 23 days, then I’m home for a little bit. Then I go on my headline tour in October.

Carlie Hanson is opening for the first half, poutyface the second half. I’m so excited. I’ve loved Carlie since I was 14. I was just a girl in Nashville minding her own business, obsessed with Carlie Hanson. The fact that she’s opening up to me is incomprehensible, like I don’t understand.

She’s so funny. I love her vibe, her personality, her music, everything.

Congratulations on everything! I can’t wait to check out your concert this fall.

Sevali collaborates with EYTYS to introduce an entirely upcycled collection