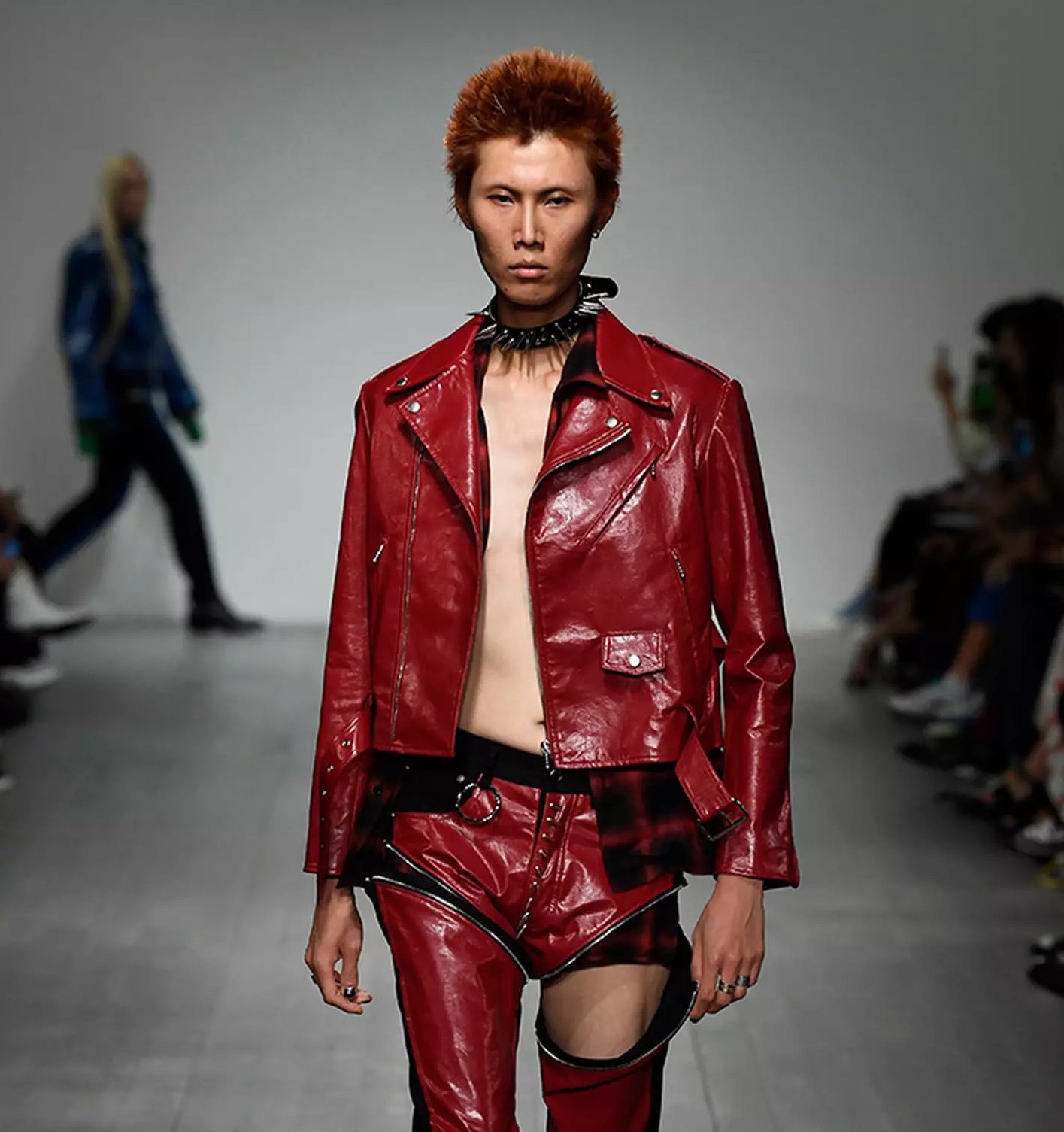 Designers Siying Qu and Haoran Li present Private Policy, SS19. Interviewed for this magazine in the fall of 2016, the duo has been quietly reshaping men’s fashion into a gender-bending display of subversion and rebellion – often taking inspiration from New York’s Lower East Side. For their first showing as part of London Fashion Week, Men’s, the duo said of the inspiration behind the collection:

“In the past decade, the Asian population that has traveled, studied, and lived in western countries has grown exponentially. The number of Chinese people visiting the United States alone reaches just under 3 million people a year. A new generation of Asians who embrace both eastern and western cultures has risen, but the representation in western media of the variety of Asian culture has not changed. Different from their predecessors, who felt pressured into western assimilation, this new Asian generation is looking for ways to flourish exhibiting their Asian culture in unique ways.

We want to present that vibrant energy to the world in our Spring Summer 2019 collection, for our debut at London Fashion Week. As young Asian immigrants ourselves, we blended our studies of western subcultures, such as Punk, Hip-Hop, and Grunge, with our heritage roots: mixing Mandarin knot buttons with leather goth, combining punk plaids with traditional Haori jackets, and blending Asian philosophical ideas with western ideologies.

Along with our mega collaborations with global Asian communities, we want to showcase the “hidden details” of Asia: ethnic diversity, multiplicity of religions, and individual personalities, which were overlooked or uncared for— due to a brutally simplistic stereotype that was good enough to satisfy western expectations. “No more!,” we say. Let the rebellious break the “looking glass” and show you the REAL Asians!”