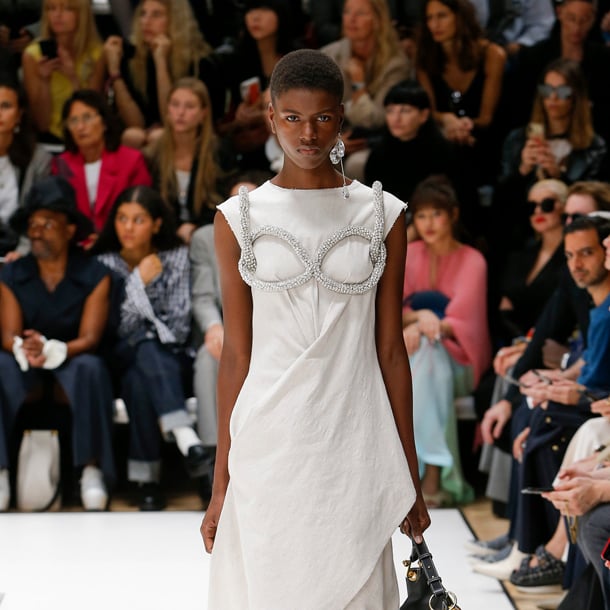 Jonathan Anderson’s eponymous line, JW Anderson, has come a long way since his buzz-worthy show for fall 2013. In the show, menswear and womenswear blended into one silhouette kicking off, or, more accurately, accelerating the gender-schmender fix that has come to define the better part of the past decade in fashion.

Wasn’t it another Anderson…Pamela Anderson that said when defending WikiLeaks founder Julian Assange, ‘there has to be an extreme in order for there to be a middle ground.’ Jonathan Anderson provided that pivotal moment with that game-changing collection but one would be hard fought to see that in the line today. JW Anderson feels heavily influenced by Anderson’s other big job, serving as the creative director of LOEWE.

Beautiful embroidery, tactile knitwear, sharp tailoring, sensual fringe, and crystal encrusted details made for a wearable and desirable collection. Light, luxurious, feminine, and decidedly safe, we can’t deny the elegance of the Spring/Summer 2020 collection, though at times we wondered which show it was that we were watching, JW Anderson or LOEWE.