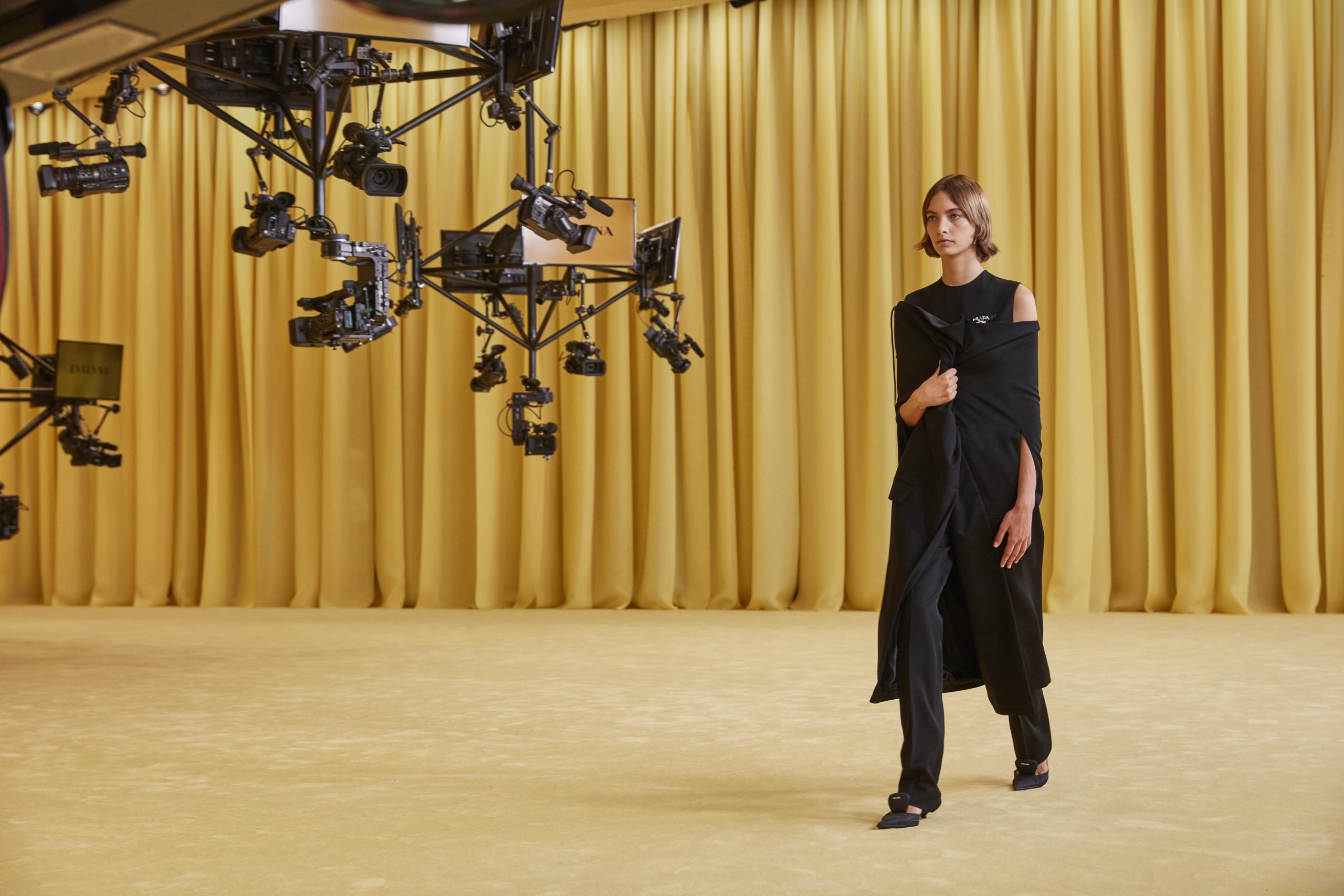 Miuccia Prada and Raf Simons present their first collaborative collection, the Spring/Summer 2021 womenswear Prada show. The creative inspiration started as a dialogue celebrating the different viewpoints of the two collaborators.

“A definition, and then a redefinition, of values and ideology, a fundamental examination of the meaning of Prada.”

In this collection, it is very clear that Raf’s expressive design language blends seamlessly into the minimalist codes of Prada. The rich history of design at Prada serves as a canvas for the adventurous risk-taking gestures Raf has become known for. Moments of his Redux / Peter de Potter days stand out against the traditional silhouettes of Prada. The reverse is also true when you see classic Raf wool sweaters or sheen fabrics, which he used liberally during his CK205W39NYC collections, appear in the muted colors we’ve come to expect from Prada. A moment where you see influences from both designers simultaneously are the elastic long sleeve underpinnings that seem to channel the days of Courtney Love and her infamous punk band, Hole.

With an emphasis on logos in the collection, Prada joins other fashion houses as they rush for important branding moments used extensively in social media and beyond. The clutch of the coat of fabric is a compelling gesture – one that could be argued Galliano popularized or has become somewhat of a signature at Maison Marigela.

It is a very inventive collection full of deconstructive moments and modern appeal. It is certainly not Prada as we’ve known it. The sportswear motifs and emphasis on functionality remain but with a wider appeal to new audiences. This collection feels exactly how the press release tells it: a collaboration of viewpoints from two designers. At this point, it feels like a collaboration between two brands like we’ve seen from other designers such as Undercover X Valentino or Zegna X Fear of God.

The question remains, however, if the two will eventually blend together leaving collaboration territory and entering a new era of solidified brand codes for Prada.

Explore the full show and collection below. Runway images courtesy of Prada.

The alluring mysticism of Jadu Heart