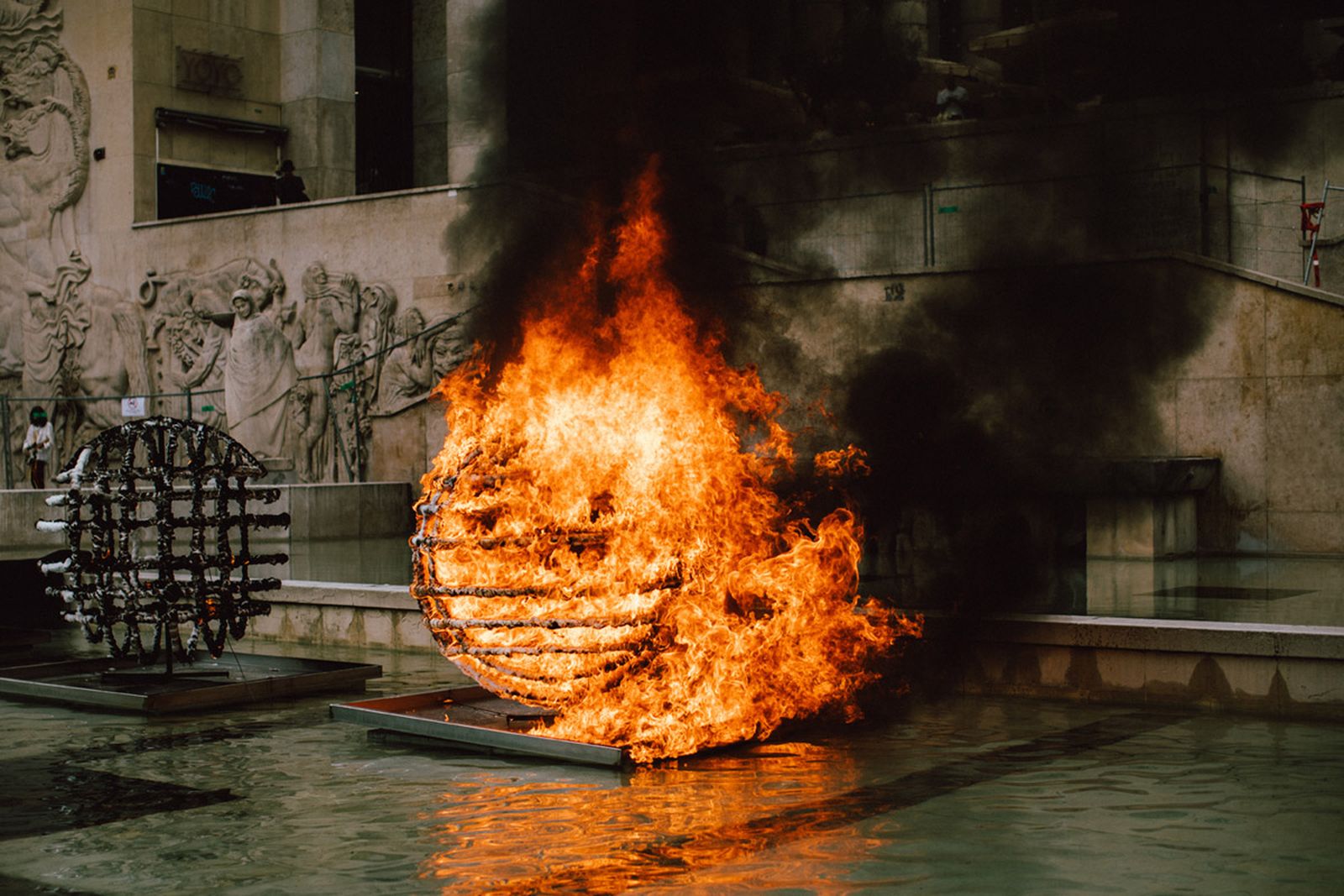 Rick Owens presents the men’s ‘EDFU‘ SS23 collection as part of Paris Fashion Week, men’s. Inspired by a recent visit to Egypt, Owens’ “own personal concerns and global discomforts felt petty in the face of that kind of kind of timelessness.”

Lying down in the dirt with the Valley of Kings within view was a perspective I liked. The temples, started by one civilization, seized and added onto by another, completed by another and then unearthed by yet another, were reassuring in their stoic permanence.

Noting the reduction in hardware this season in lieu of exaggerated shapes was a gesture to “gently tease all the righteousness and bigotry that create so much conflict in the world.

Outside of Luxor, at the Temple of Edfu, over the main entrance, is a carving of a winged sun, symbolizing the god Horus who represents the triumph of good over evil. In today’s presentation, a blazing sun crosses the sky, falling to crash to the ground over and over and over again. Senseless destruction on repeat since the beginning of time.

Egyptian influences seeped into the collection as well. “Tulle flyproof robes with face covering hoods worn over silk charmeuse shirts twisting around the hips and trailing on the floor, provides slashes of slithering color.” Also of note this season is the use of “denims [made in collaboration with Paradoxe] lacquered in an iridescent scarab finish. It also coats pirarucu, a skin Owens uses over and over. It is fished as a food source by indigenous communities in the Amazon rainforest.” The skins are then sold as a waste product generating income for indigenous communities.

Lastly, Owens has developed a capsule collaboration with a 4th generation textile mill founded in 1912 in Veneto, Bonotto. The music accompanying the show was mixed by Eprom and Shades. Explore the full Rick Owens men’s SS23 show below, courtesy of Owens Corp.