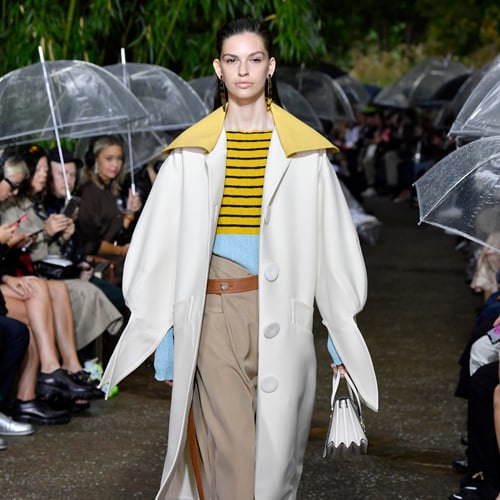 Every once in a while a designer will come along and challenge the norms of the fashion establishment pushing forth new ideas and ways of experiencing fashion, usually to their own chagrin. Arguably this action is what pushes fashion forward despite a stuffy and recalcitrant circle that refuses to embrace the very changes in culture they claim to purvey.

So comes along ‘Slumberland,’ the brain child of designer Bruno Sialelli for Lanvin’s SS2020 collection. The inspiration follows the narrative of a dreaming protagonist in the cartoon Little Nemo by illustrator Winsor McCay in 1905. One hundred and fourteen years later, Sialelli reimagines the experience of childhood memories through a compelling sixty-four look collection.

While many editors were quick to pan the collection, it’s easy to spot imagination in a world that seems numb to even the suggestion of thinking outside the box. Sialelli invited attendees to experience the show in a new way: for themselves and not in relation to the rest of the front row. An experimental mix of musical extracts from classic films “King and the Mockingbird,” “Lord of the Flies,” and “Anna Meredith” played through personal headphones to an otherwise silent show.

That this is a radical idea for the fashion crowd is laughable given that performance artists have been immersing their audiences in experiential art since the late 60s. There’s even a new term thrown around in the art world, ‘relational aesthetics’ describing the need to interact more intimately with the audience. It’s great to see a designer exploring the possibilities in the fashion world.

Speaking of the 60s, the Lichtenstein pop art references were plentiful throughout the colorful collection. Callouts, graphics, and bold checkered prints that flirted with abstraction rooted a collection that seemed endlessly entertained with itself, volume, and distorting perception.

If the critics expected a traditional minimalist Lanvin collection circa Alber Elbaz, they would be remise to remember a lot has changed in the culture since Elbaz bowed out in 2015. If we aren’t pushing fashion forward, then it moves backwards.

Wyatt Oleff talks ‘IT: Chapter Two’ in an exclusive interview