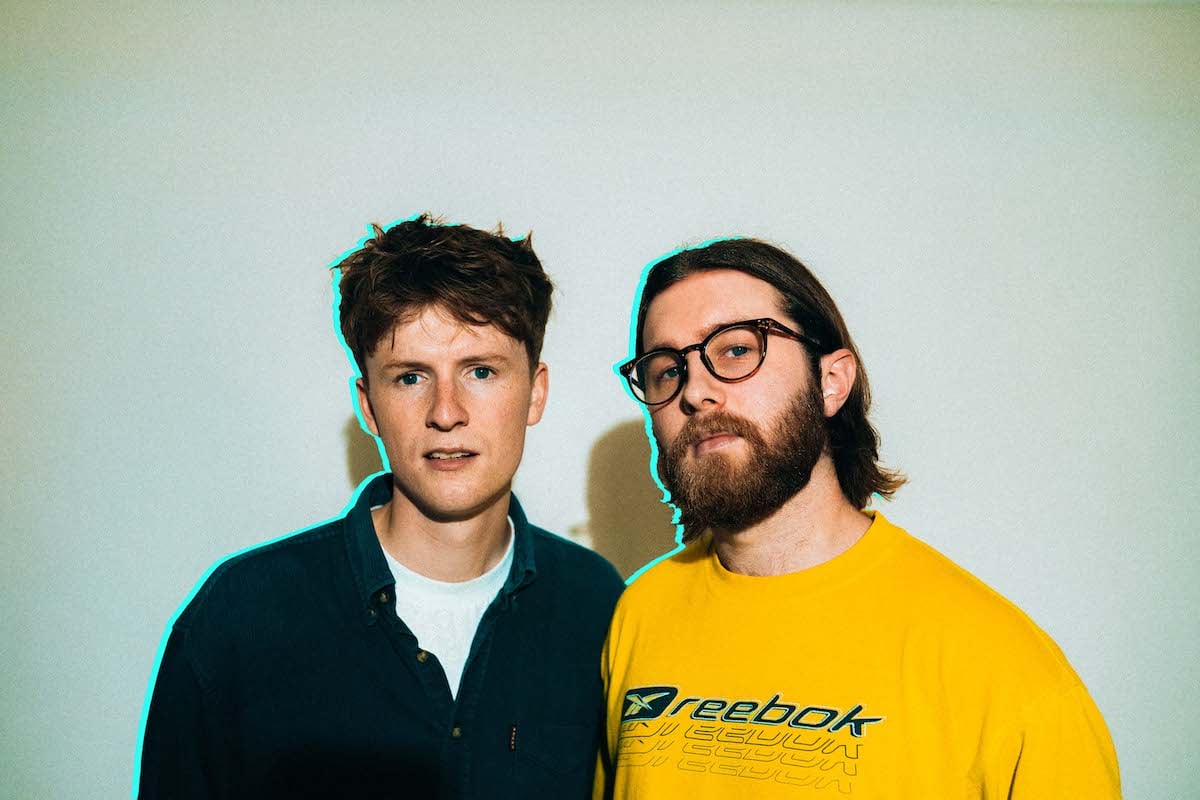 Superlove, the noise-pop band made of Jacob Rice and Jon Worgan are making quite the colorful splash. Forming in 2018 in Bristol, U.K., the band has become known for their pop punk ballads and heavy metal break downs. The dynamic trio has a lot in store on their latest release, Colours.

Through thirteen cohesive tracks, the album takes you through different dreamy sounds and various pop influences. There’s even some hyperpop on tracks like “wanna luv u” and “Bestfriend.” We catch up with the quirky band on their influences and journey in an exclusive interview.

Rain: How did the band get started?
Superlove: We started because Jonathan went to see Enter Shikari & Lower Than Atlantis and realized the type of music he wanted to be writing. He went onto to meet me (Jacob) through mutual friends and the band formed! Months later we realized that we had both been at that same gig but with separate friends. Bit of a funny coincidence really. Both of those bands really influenced a lot of writing and here we are now! With a debut album on the way.

What’s in store for Colours? Are you excited for release day?
Plenty of laughs and plenty of soundtracking of peoples’ summer this year. We honestly can’t wait for it to be out, we’re dead nervous but that’s a good thing. It won’t really feel real until I’m holding the vinyl I think though. We think there’s a bit of something for everyone on there, too, just hope people get onboard with it and come see us play live!

There’s an undertone of pop punk. An All-American Rejects era tinge to the music but also some early 00s references that are then repackaged with heavier rifts and even autotune. What sort of influences did you have growing up? How about now?
We’ll take that for sure. I grew up listening to a lot of pop punk so that’s always going to be big influence on the bands’ sound. We’re just writing the music we’d love to hear, a cross between heavily produced pop and heavy/rock music. We both grew up listening to I’d say completely different music. Jonathan is really into his heavy music and experimental music and I’m into really commercial music and the Beatles and that so it’s quite the spread we have going on.

There recently has been an explosion of pop punk music thanks to gen z and the resurrection of artists like Avril Lavigne. Did you expect that at all?
Honestly not at all, used to love Avril Lavigne so glad she’s back doing something she’s passionate about. The explosion of alternative music is so so good to see. Having it cross back into mainstream just opens up so many new ears to the genre.

What’s the punkest thing about Superlove?
Honestly, we’re not that punky as people at all. We’d both agree on a nice peaceful life with some dogs in the countryside. But you know, this band is just about doing whatever we want to do or feel like. I guess that’s quite punk? We also record all the music ourselves with help from our friend Tom. The album was actually recorded in a house as to give it a slight bedroom/DIY feel to the whole thing, we love that approach to recording as it makes the recordings feel way more personal.

What are we resisting?
I think maybe the extravagant-ness of a lot of stuff. We’re more than happy to completely be ourselves over everything we do with our band, it’s easy that way and way more fun for us. We’ve fallen into the trap of doing things that aren’t really us before and it has affected our feelings of excitement. But yeah, resisting acting like something we’re not.

What is each of your screen time in hours for today?
Today is not a good one haha, 6 hours :(((( My excuse is we’re promoting the album so gotta be all over socials and text. Don’t judge.

Not a question. I dig your fish eye visuals but feel free to answer.
Thank you! Wow, glad you’re into it. We love the DIY/Skater sort of feel behind fisheye shots. They just have so much character to them don’t they.

What is the music scene like in the UK right now? What is the vibe of playing shows? There are lots of mosh pits at glitchcore shows here in nyc.
It’s honestly so sick. People are out at shows buying merch and having the best time. Making up for all those years we couldn’t do it! We’re excited to get some shows under our belt, we like to squeeze in as much stuff as possible to our setlist. Again, something for everyone and just celebrate being able to see live music again ’cause its so great.

Why should we come to a Superlove live show?
Because you get so much for your money. Comedy, dnb, breakdowns, mosh pits, ballads, sing alongs and just overall vibes of the hugest degree.

Have either of you smashed your guitar ? If not, why not ?
Yes, we have actually, it was a toy one for our music video for Maybe I Could Tell You. The adrenaline just rushed through the body. Was quite something.

If you could open for any band in the world right now (active or not) who would that be and why?
Enter Shikari, one of our favourite bands in the world and an insanely huge inspiration for us.