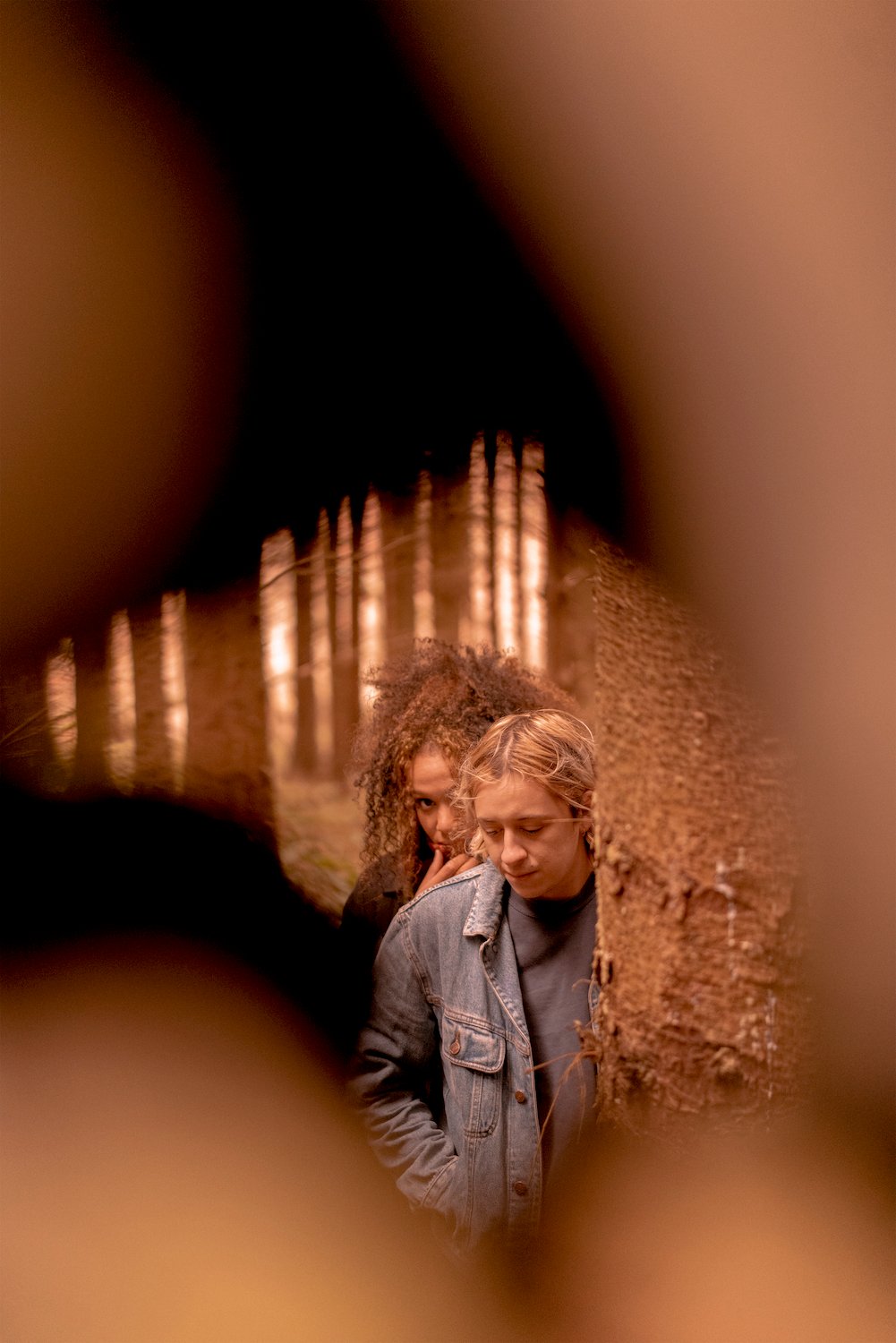 London duo Jadu Heart (Alex Headford and Diva Jeffery), release their new album, Hyper Romance this Friday, September 25th. The duo, best described as something between art rock and indie pop but defying any sort of categorization, has caught the attention of listeners who appreciate dreamy synths and a sound more on the spiritual side of things. Their first single “The Burning Hour” seems eerily familiar with its instant catchy melody and dreamy vocals yet its not quite like anything we’ve heard before.

In a departure from their previous EP, Melt Away, this coming record takes influence from shoe gaze and rock bands like My Bloody Valentine and The Pixies. If “The Burning Hour” is a sign of things to come, this is a record perfect for the times – one full of reflection, love, and reconciliation. We caught up with the duo in London on the heels of the album release.

Mark Benjamin: In your own words what is Jadu Heart about?

Jadu Heart: Us. It’s just us making music. There’s a million quirks and unique elements we could dive into but in reality Jadu Heart is what happens when we have access to a computer and some cheap recording equipment.

MB: Something very unique for a music group is that you have this thriving romantic relationship with each other. This new album is titled Hyper Romance – why is that? How did you two first meet? How do you reconcile creative differences?

JH: Haha yeah, we met at university and after not speaking for 3 months, became best friends when we realized we were the only two people in the class that had the same music taste.

We went from there, got together and created Jadu. Or maybe Jadu came first; I can’t remember. It’s the same thing really. When it comes to creative differences we don’t have many, but when we do it can go west quickly as we’re both very passionate and stubborn people. Usually, we go to the pub and settle our differences over a pint.

Hyper Romance is an album of love songs not particularly about us but about the intense highs and the devastating lows that come with a relationship and trying to navigate our way through that. We used samples from the documentary film Streetwise 1984 where a young homeless couple called Rat and Tiny totally embody Hyper Romance in our eyes. We highly recommend for anyone who hasn’t seen it.

MB: In university together, did that time or your studies inform your work? How has your environment shaped your music?

JH: Basically, we were in only a couple of hours a week, and that allowed us to mainly fuck around a lot for a few years, but it also allowed us to discover our own music on our own time. It was a blessing to be able to spend so much time listening and making music and thinking about what we wanted to do.

“As we both started out writing acoustic songs on guitar, it makes sense that real instruments are what we gravitate to naturally. There’s nothing better than a classic guitar solo that gets you every time.”

MB: I don’t think I’ve heard a band have such a bold shoegaze sound since when M83 came out of nowhere. Do you draw your roots or inspiration from psych rock? Who are some of your influences?

JH: We listen to a lot of psych rock for sure. I guess the shoegaze sound probably came from our production style more by accident rather than by anything too thought out. For Hyper Romance, we were listening to a lot of The Pixies and My Bloody Valentine. That along with some modern favourites like Alex G and Wovoka Gentle really crafted the album’s sound. No idea what we’ll be listening to for the next album. Might end up making an old English folk album or something random!

MB: “Burning Hour” is such a beautiful song and fan favorite. How did this song come about?

JH: This song was weirdly the first we wrote and the last song we finished while writing the album. It actually used to have a completely different vocal and we weren’t that into it. Nearly a year later, after having written most of the album, we watched The Wickerman and thought, ‘that’s the vibe that we want on that song.’ After we approached the lyrics and the rest of the tune with that in mind it became “Burning Hour.”

MB: How does mysticism, the occult, and rituals slip into your work? Is this something you’re both naturally interested in?

JH: It’s something that we’ve both been super into since day one. I can’t count how many stone circles and churches and weird ritualistic places we’ve found by accident or gone to see. We’ve always loved the weird stuff when it come to film, art, and books. After growing up with Jim Henson and Dali as household favorites, I guess that kind of makes sense.

MB: You’re not shy for a killer guitar solo. How important are real instruments in making your music or performing live?

JH: I’d say 95% of our music is produced with real instruments. There have been some funny occasions where people have talked to us about a particular synth we used in a song, when actually it was just a recording of the guitar re-sampled and effected to fuck. We love audio. And as we both started out writing acoustic songs on guitar, it makes sense that real instruments are what we gravitate to naturally. There’s nothing better than a classic guitar solo that gets you every time.

MB: I know the album art by Eugene Angelo and the entire physical record is very important to you. What did you want to communicate with the album art and packaging for the limited run of 1,000 vinyl copies of Hyper Romance?

JH: We wanted to communicate a feeling of unity but also separation. Being both Geminis, it was important to us to have the twin imagery in there, as well as an organic feel and flow to it. Eugene really wanted the artwork to feel modern but also as if it could have been found inscribed on an ancient rock somewhere. It’s such a unique piece and we couldn’t think of a better image to represent the album.