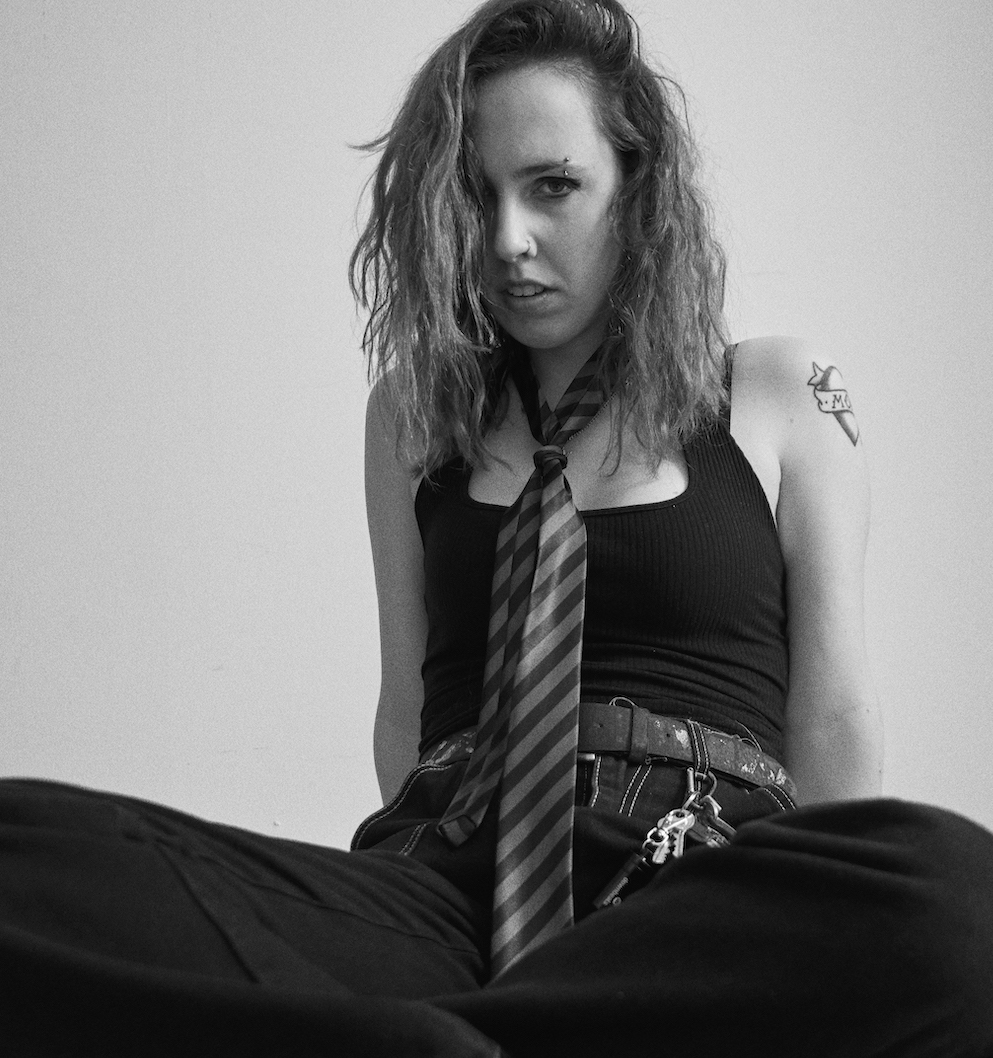 Jenny Alien is a phenomenon in the making. The punk rock hyperpop artist has taken over with a new sound on brutally honest songs like “Therapy”, “Boys in Bandz,” “Happy Birthday,” and “Movie,” where she reflects on the trappings of a young American mind. Jenny Alien’s poignant and smart lyrics invite you into her wonderfully bizarre and honest world.

Last week, she dropped her first EP, Scumbag Rock$tar, which she opens with “Welcome 2 My House.” It’s a song that pokes fun of suburban visions from hell. The nine-track album is an artistic journey through afflictions that face young people in a digitally oversaturated, and oftentimes unmanageable, world. Rain spoke to the emerging rocker on her punk roots and how this gem of an EP came to fruition.

Rain: How did Jenny Alien begin? Tell me about your journey into music and glitchcore.

Jenny Alien: Jenny Alien stems from my early experiences in punk bands and rave culture. I was brought up in the midwest and spent my teenage years frequenting the Chicago DIY music scene.

This scene is largely punk music and often in some version of a house or basement—  existing somewhere between house party and concert. I remember my first DIY show experience, inside an abandoned church. Squat referred to it as ‘Young Camelot.’ I was immediately overcome with a feeling of acceptance from an outcast community, and in Snoop Dogg’s words, I was ‘young, wild and free’ (cringe).

That night, the friend I went with received a bloody nose in the first 15 minutes in the mosh pit. Instead of cleaning it up, my friend wore it around as a badge of pride the entire night.

While simultaneously experiencing Chicago’s DIY punk scene, I was also frequenting electronic music festivals and raves. Although my interest in both EDM and punk music existed in a similar time frame, there was a stigma between crowds and these circles never overlapped. My punk friends were contemptuous of rave music and everything it represented. They considered punk music to be raw and real—using “real instruments”—while rave music, on the other hand, was fake and inauthentic.

In America, I would perform in a punk band called The Afterbirth where I would throw secret shows and run around naked in utility closets; it was important to me that even with my new hyperpop project that I kept this punk/carefree attitude.

I never thought these worlds would collide, even though I housed them in neighboring regions of my brain. Punk nights in abandoned buildings, and all-day/night raves in undisclosed fields, were no different from each other: these were times of pure-drunk-irreverence, and the crowds were more similar than they were willing to acknowledge at the time.

In 2019, I moved to London; I was 23 and going through a midlife crisis. Many big things were changing in my life, and I figured the best way to deal with it was to move as far away as possible. Moreover, I was listening to a lot of hyperpop, specifically 100gecs and osno1 (Laura Les’ former project). I ended up moving to South East London, the exact place where PC Music was born.

This move led to the conception of Jenny Alien and is the natural progression of all these threads. In America, I would perform in a punk band called The Afterbirth where I would throw secret shows and run around naked in utility closets; it was important to me that even with my new hyperpop project that I kept this punk/carefree attitude.

My debut album, Scumbag Rock$tar, embodies this punk mentality and chronicles my time spent here in London. I’m candid about topics including (but not limited to): dalliances, breakups, queerness, partying in abandoned mansions with 25 living rooms, depression, waking up in the country, growing old and boring, and everything in between.

It’s anthemic and explosive with beat-drops and catchy choruses, yet contrasts with somber realities of reflection and solitude. I want people to listen and dance to the party tracks with pure-drunk irreverence then sober up with me being a real one about my personal experiences.

My live shows are wild dance parties performed with my DJ, Meat is Murder, and my drummer, Girl Gruel McDyk (although soon there will be a slight rearrangement because I’m moving back to the states). You can expect confetti cannons, cartwheels, beer spillage, mosh pits, and probably lots of hot dykes making out in the front row. This is the Jenny Alien Experience: it’s punk, it’s irreverent, it’s hyperpop, and it’s painstakingly human.