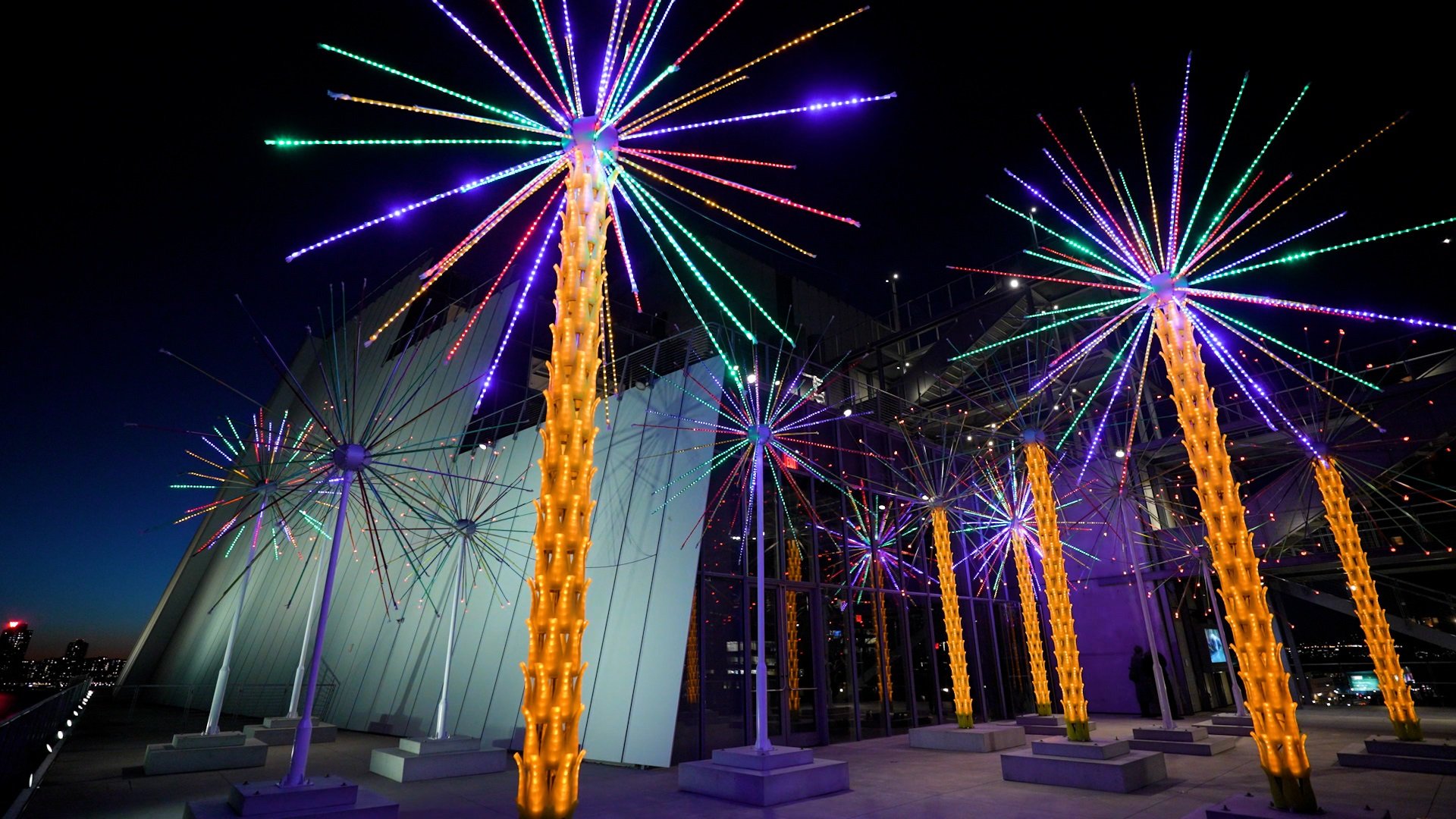 The Whitney Museum of American Art presents the Whitney Biennial 2022: ‘Quiet As It’s Kept,’ a collective of sixty-three artists curated by David Breslin and Adrienne Edwards. The show runs through September 5, with portions of the exhibition and some programs continuing through October 23rd.

The two curators said of the 2022 Whitney Biennial:

Breslin and Edwards remarked: “The Whitney Biennial is an ongoing experiment, the result of a shared commitment to artists and the work they do. We began planning for this exhibition, originally slated to open in 2021, almost a year before the 2020 election, before the pandemic and shutdown with their reeling effects, before the uprisings demanding racial justice, and before the questioning of institutions and their structures. While many of these underlying conditions are not new, their overlapping, intensity and sheer ubiquity created a context in which past, present, and future folded into one another. We’ve organized the exhibition to reflect these precarious and improvised times. The Biennial primarily serves as a forum for artists, and the works that will be presented reflect their enigmas, the things that perplex them, the important questions they are asking.”

These important questions are delivered through a survey of works by an intergenerational and robust group of artists.

Adam D. Weinberg, the Museum’s Alice Pratt Brown Director, commented: “Curators David Breslin and Adrienne Edwards have been visiting artists over the past two years in search of the most important and relevant work. The 2022 Biennial arrives at a time haunted by a global pandemic and plagued by ongoing racial and economic inequities and polarizing politics. The artists in the exhibition challenge us to consider how these realities affect our senses of self and community and offer one of the broadest and most diverse takes on art in the United States that the Whitney has offered in many years.”

“Deliberately intergenerational and interdisciplinary, the Biennial proposes that cultural, aesthetic, and political possibility begins with meaningful exchange and reciprocity.”

“Rather than proposing a unified theme, we pursue a series of hunches throughout the exhibition: that abstraction demonstrates a tremendous capacity to create, share, and, sometimes withhold, meaning; that research-driven conceptual art can combine the lushness of ideas and materiality; that personal narratives sifted through political, literary, and pop cultures can address larger social frameworks; that artworks can complicate what ‘American’ means by addressing the country’s physical and psychological boundaries; and that our ‘now’ can be reimagined by engaging with under-recognized artistic models and artists we’ve lost,” further explain Breslin and Edwards.

The Whitney Biennial 2022 is an ambitious show that seeks to capture a glimpse into the collective conscience during turbulent times. History, urgency, and a plurality of perspectives are examined through many different lenses, some familiar, some new.

Explore a preview of the Whitney Biennial 2022 below and learn more at whitney.org. Read more Rain art features here.