Have We Been Here Before? Allie X Drops “Rings A Bell”

Don’t take the name Tiny Dolphin too lightly. The underground band created by musician Alex Fisher of Houston, Texas, has spent the better part of a decade perfecting its sound. Earlier this year he released the culmination of these efforts in an Extended Play album titled Calm for Color. At times dreamy, at others celebratory and serene, the album takes the listener through ten tracks tinged with alternative references from the early 2010s. On the album’s message, Fisher explains the record is about ‘difficulty in trading in one’s comfort for emotional vulnerability.’

The album has been a long time in the making. Over the past four years, Fisher moved between Austin, Munich, Macedonia, and London where he played in a cover band and did open mics while studying for a Master’s degree in Human Rights. He recalls of his time there, “I was writing songs until I realized instead of putting out another single, I’m going to have a whole album pretty soon.’”

Although Fisher makes it sound effortless, music has been a creative outlet his entire life. “My dad is British, my mom is Mexican. We lived in the U.K. until I was seven or eight and it was in the U.K. where I took up piano lessons. I later went into jazz band and drums. Then in high school, I had a band called Dipper that took inspiration from The Strokes.”

In college he joined a band called Satellite Brigade playing keyboard and writing backup vocals until another band came along, The Caldwell. That band had a decent following and ended up playing main stage at the world’s largest music festival, Summerfest, in 2014 where Fisher met bands backstage like CHVRCHES. 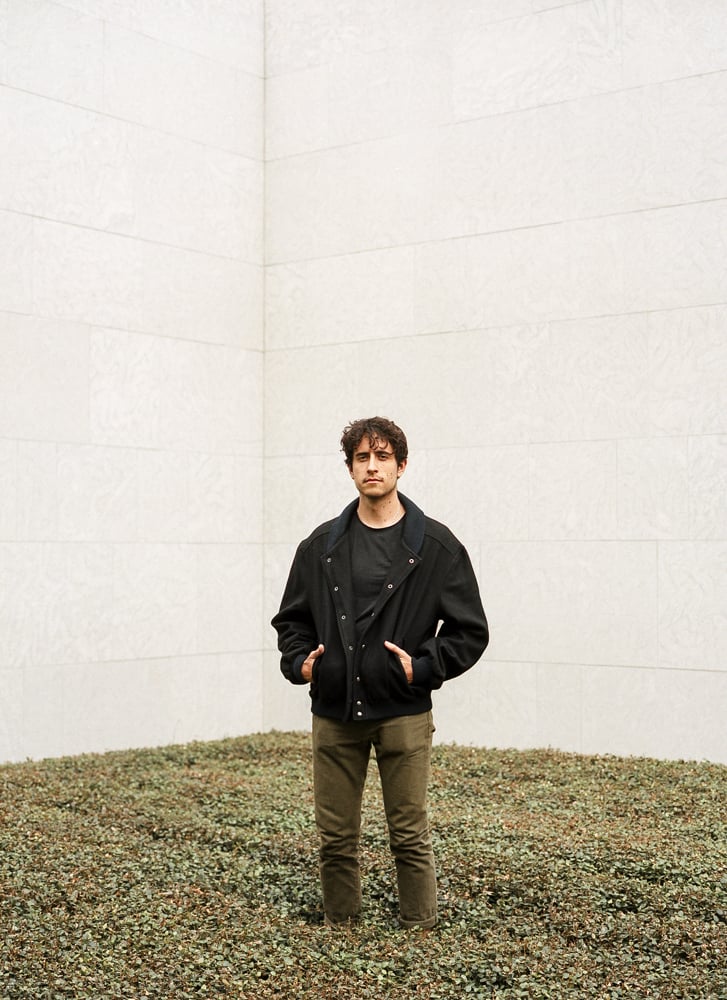 I asked why after playing with so many bands did he wait until now to get one together. He explained, “music is my passion and it’s what I want to do. Back then I didn’t have the courage to delve into it if I’m being totally honest with myself.”

After traveling across Europe in the underground music scene meeting other likeminded musicians along the way, Fisher realized now was the time to make the album of his own. “When I got to Austin, I realized I’ve done the solo stuff, I’ve done plenty of writing, I’ve played all these instruments and played in different parts of the band. Now is the time to put a band together and play this album I’ve written.”

Calm for Color has a unique nostalgia for a genre that has been overshadowed by electronic music which can now be easily made on a computer. A student of music, Fisher says his biggest influences include Grammy winning songwriter James Blake and Sharon Van Etten. “I’ve probably also been influenced by bands I don’t listen to anymore but I listened to them for so long. Early Bon Iver, The Strokes, of Montreal, Radiohead, Jeff Buckley, Noah and the Whale, Gregory Alan Isakov, and the Canadian singer-songwriter, Leif Vollebekk.”

I asked if Marilyn Manson made the list. “I’m a big fan of him as a person. I’ve seen his interviews. Yeah, he’s a cool dude.” 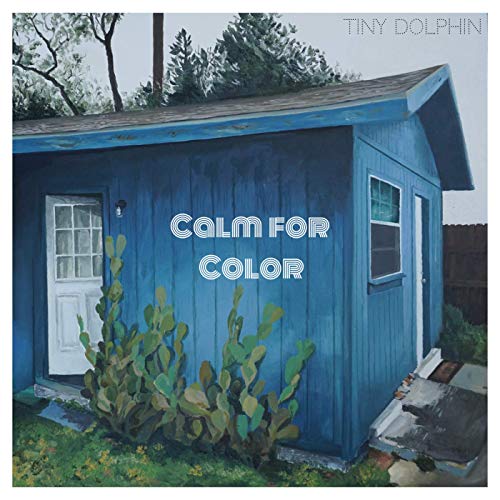 The album’s release hasn’t gone unnoticed. The lifeblood of the genre, indie blogs have taken especial interest in the album. Obscure Sound stated the album “sits somewhere in between The National’s morose rock retrospection and Andrew Bird’s stirring folk leanings,” while Buffalo Blog compared the sound to Coldplay and Tame Impala.

Fisher is aware of the vast range of emotional connection the listener may experience listening to the album. “In an ideal world, my listeners will cry or dance, or both at the same time.”

“I think each song should express a feeling or a moment. I don’t worry about how the finished product fits in with my discography or which genre a song fits in. Things like voice, melody, and lyrics tie songs together. When you let artistic expression trump concern with consistency in sound, you get albums that are incredibly interesting.”

After spending months getting the band together and rehearsing Calm for Color, Tiny Dolphin sets their sites on the live stage in January 2020. Stream the full album below.

Interview by Mark Benjamin. Photography by Megan Baker for RAIN.