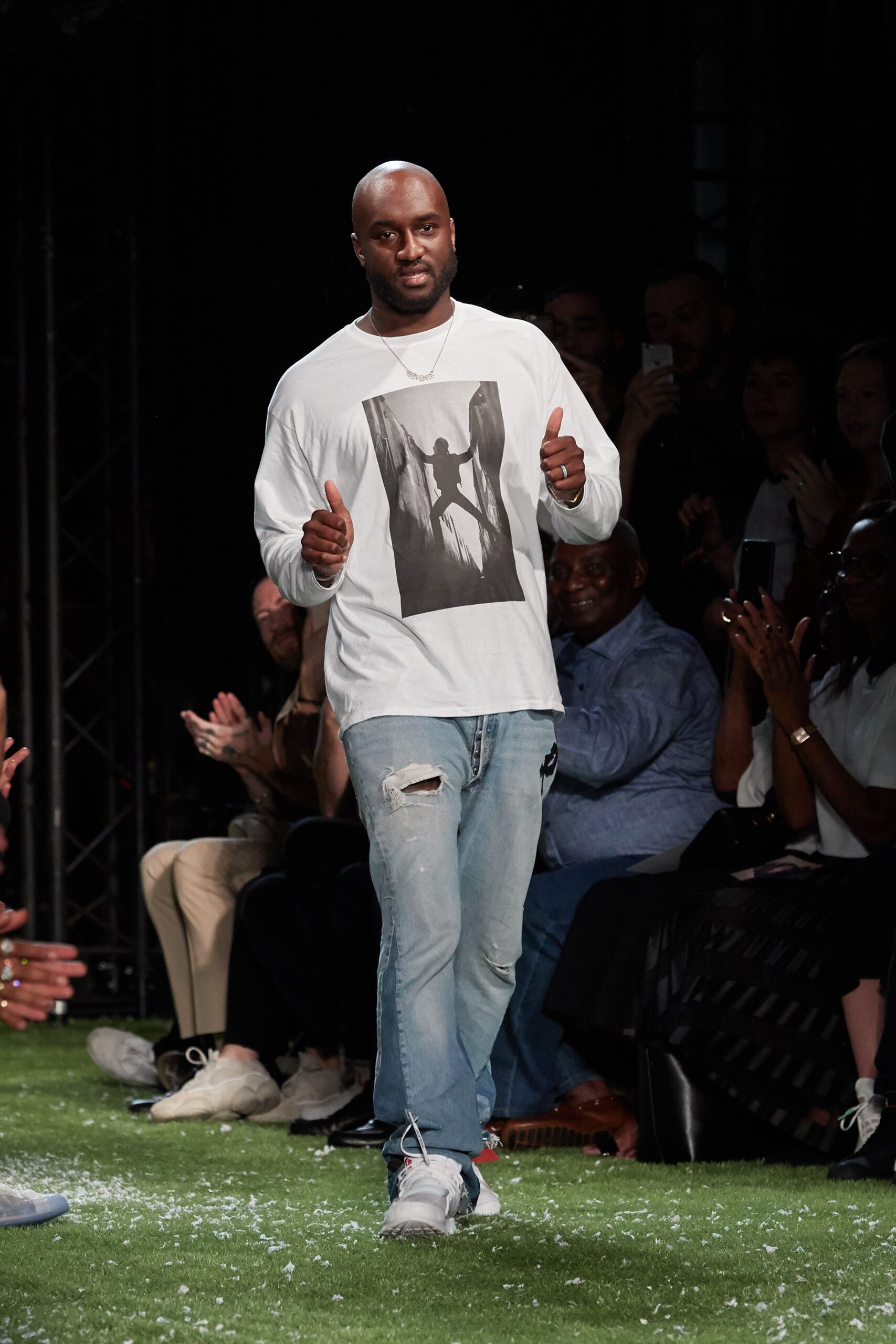 Virgil Abloh has had an undeniable impact on fashion and culture. An innovator of marketing and image, Abloh quickly found himself at the top of the fashion world as the men’s artistic director for Louis Vuitton. In addition to DJing and helming his own label, Off-White, Abloh also dabbled in visual arts and design. Though controversial to fashion insiders who felt his guiding philosophy of changing codes by 3% to create something “new” often bordered on plagiarism (it did), Abloh’s impact on fashion and design cannot be understated.

Much like the creations of Virgil Abloh, his philosophies and brand designs were rooted in the philosophies of many artists and thinkers that came before him: Marcel Duchamp, Dadaism, Baudrillard’s simulacra and simulation, and Derrida’s often misunderstood sentiment that “there is nothing that exists outside the text.” These ideas formed the foundation of Abloh’s visual language and brand codes for his own label and were most apparent in his physical runway shows, or as we see many of them: as installations.

Below, we capture some of our favorite moments of the late designer who above all else was unafraid to shake things up. His legacy is difficult to gauge mainly because he wanted to be known as an artist whose original idea was that there are no original ideas…a post-modern conundrum that culture is still grappling with. One thing is for certain: Abloh enabled and amplified many voices that may otherwise have gone unnoticed. His approach to fashion, design, and marketing can only be described as something of a paradigm shift for fashion.

The Louis Vuitton Men’s FW2020 collection which was later photographed by Tim Walker (next).

Louis Vuitton’s collaboration with the NBA

Sevali collaborates with EYTYS to introduce an entirely upcycled collection