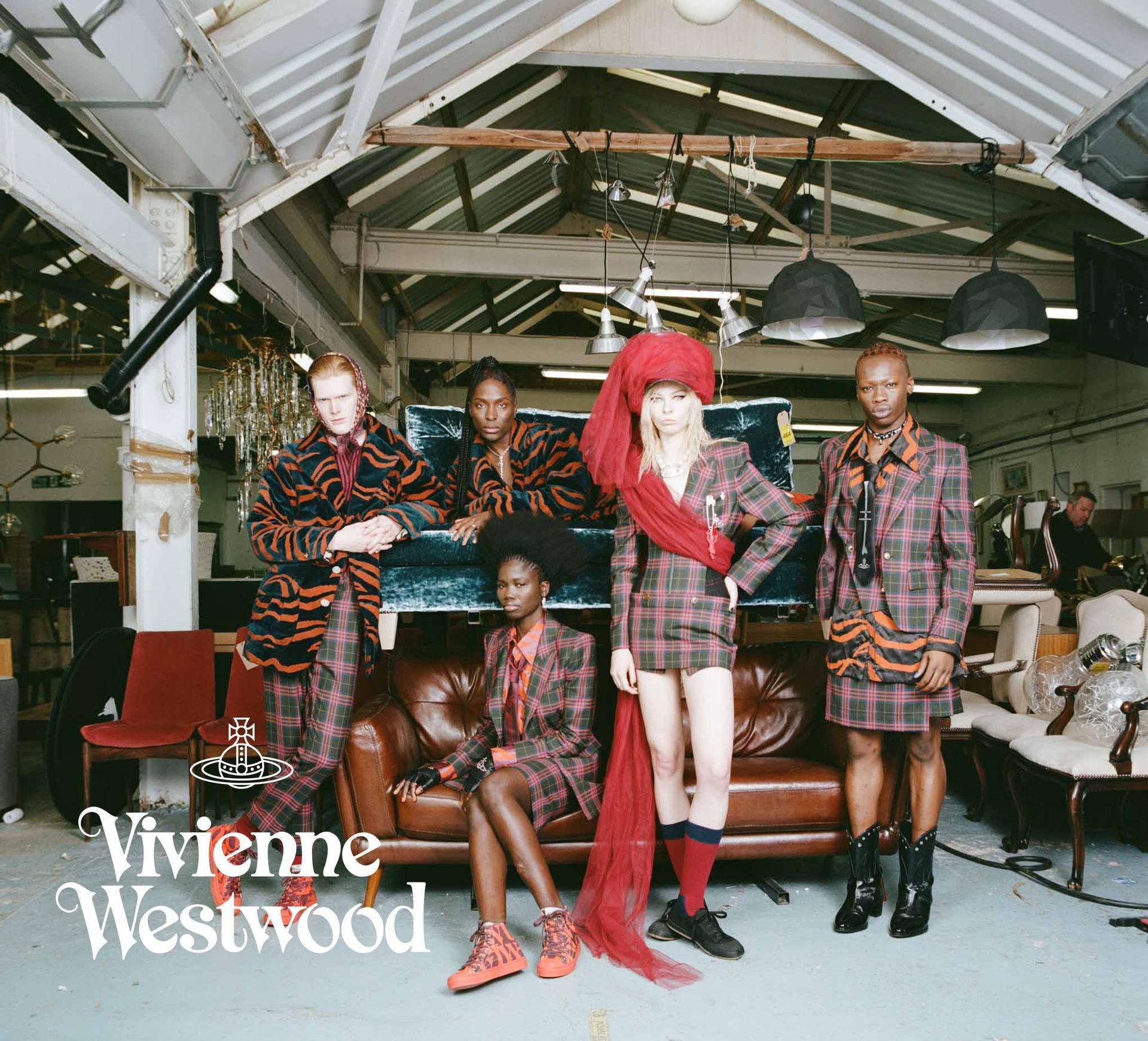 In Chinese tradition, the tiger is a symbol of strength, courage and exorcising evil. The tiger as a burning image is referenced prowling in the rainforest by artist Henri Rousseau and hangs in the National Gallery in London. “The panther cutting technique – skirts and dresses – has the slow motion energy of the big cat. Chinese animal prints, spots and stripes.”

Further, Vivienne hand-painted eyes looking at the Matisse paintings of beautiful women and her own eyes. She also references the evil eye talisman, a worldwide symbol of protection.

We used Peter Bruegel’s painting ‘The Fight Between Carnival and Lent’, 1559, housed in the Kunsthistorisches Museum in Vienna. It’s the human condition, teeming with life, painted during the Little Ice Age around the time Henry VIII roasted game on the frozen Thames. According to the theory, people were eating mouldy corn which is the same fungus used in LSD. They became obsessed with hell and witches. The paintings are surreal but they penetrated the big picture.

Explore the full fall winter 2022 collection on Rain and learn more about Vivienne Westwood and its sustainability efforts online, below.