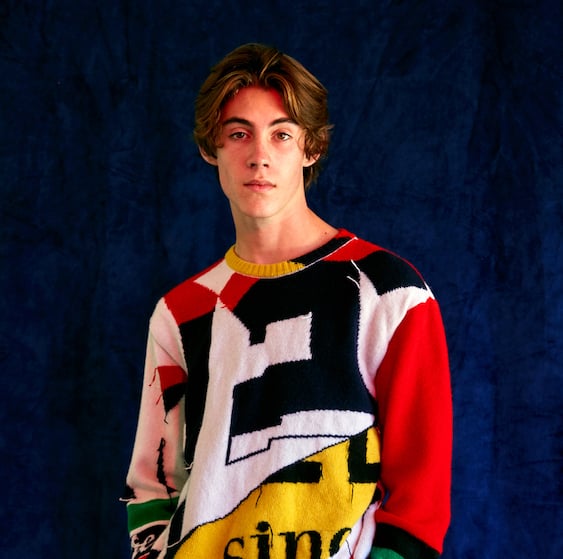 Kevin Perry knows all too well technology has a way of changing culture and how we communicate. The what, where, why, and how changes depending on the social media platform you post to, for instance: Instagram, Facebook, Twitter, Snapchat and YouTube. You might be chasing clout on Instagram by posting luxurious vacation photos but also posting streaks on Snapchat of vacation food poisoning to your close friends. Then telling a completely different story to your subscribers on YouTube. The internet has a funny way of rewarding you to interact with all of them in a different way.

Then came TikTok, the social media juggernaut created by the Chinese company ByteDance. Arguably the most evolved of the social media platforms, TikTok has quickly become the most downloaded app on the Apple App Store. It also notably was the platform that skyrocketed musician Lil Nas X to stardom this year.

TikTok is different in the sense that what’s ‘good’ goes viral. Music, memes, dances, trends, hashtags and inside jokes all go viral overnight. The original creators often get lost in the noise. The almighty algorithm rewards engaging content and shares it rapidly on the infamous #foryoupage. It’s hard not to fall down a TikTok hole or start creating content when you can become famous in fifteen seconds.

That’s exactly what happened to TikTok star, Kevin Perry, one of the most popular curators on the app with over two million followers. He is also a TikTok ambassador to events like VidCon. Kevin’s clever videos address social commentary and delivers funny relatable content in a friendly format.

We catch up with Kevin and talk about his humble beginnings, unexpected fame, his ever-growing Vans collection, music, and life as a creator in an exclusive interview feature for RAIN.

Photography by Harry Eelman and styling by Star Burleigh for RAIN.

RAIN: First off, is Kevin Perry your real name or are you really a covert project by Katy Perry to keep her famous?

When I started social media, I wasn’t trying to get famous, you know. I didn’t want to have a persona with a fake name. I was just having fun and then it blew up. I can’t change my name because, you know, it’s iconic. Everybody knows me by kevboyperry.

The vibe of your music is chill wave, right? How did you get into music?

Well, what got me into music was a guy named Verzache. I found his Spotify account. I think it was for a school project…he made these ukulele low-fi beats. I was just, you know, mesmerized.

They were so simple, but they establish this great emotional connection. It was so cool to me. I thought, ‘if he can do this with just these few instruments, I can do it, too.’ I got into it and immediately fell in love.

You just started college, is that right?

Yeah, today was my second day. Going from high school to college was so different; it’s a big transition.

I watched your video on how it’s like being TikTok famous in high school. Is it much of the same so far?

Highschool was okay because I knew some people, but here I don’t know anyone. I have my friends from home. It’s the whole hall thing…I walked on campus the other day, some people stared at me. I’m like, okay, they know who I am. But it’s too early to say, it’s only been a few days.

What are you studying?

I’m going to school for film. I’m at a community college for two years and then I plan on going to UCLA for film after.

I read you were working at a McDonald’s and started posting TikTok vidoes and your content just blew up, is that right?

Yeah, basically what happened was I watched this YouTube video about this guy getting TikTok famous. So me and my best friend made a challenge: who is going to become TikTok famous in 24 hours. It didn’t work for him, but it did for me, so I continued making them.

Do you have other favorite creators on TikTok you follow?

Yeah, one of my favorites is Bricknermon. He was actually one of the first creators I watched on TikTok. His style of content…it’s hard to explain. It’s very off in the end. You have to look him up.

Can you see yourself shooting longer narratives? Like in the form of a short film or movie?

That’s what I’m going for. Not necessarily as a famous actor. I like storytelling more instead of being the story. So, hopefully I’ll either be in a short film, or direct a short film, or maybe even hit the box office. I don’t know. I mean, life is so crazy. I went from being introverted to where I am now in a matter of months. It’s very unexpected.

I still want to make videos and be able to tell stories with my music. That’s probably what I love most, telling stories, whether it’s writing or making a video.

But at the same time everyone is asking me, ‘why are you going to college? You have a following.’ And I figure, well, maybe this fame might go away someday but an education will always stay with you.

I saw Dennis Rodman joined TikTok the other day. I thought it was hilarious. He had some choice words for how he felt about Instagram versus TikTok. It seems he’s always ahead of the curve.

Oh yeah, Instagram has a ton of celebrities joining like Howie Mandel and there are YouTubers coming over. It’s really cool.

You definitely have a sense of personal style. How would you describe it?

I don’t think there’s one way to define my style. If it looks good to my eye, I wear it. I like things like corduroy and of course Vans.

You can ruin them and not feel bad about it.

How do you feel about having fame on a platform like TikTok?

It’s hard to explain, because what does it mean to be famous? Having a big following on social media? I wouldn’t say I’m famous but I would like to say that I’m a well-known creator on the app. Honestly, throughout my entire life, since like fifth grade, I’ve been uploading videos, whether it’s on YouTube or Vine.

I would still do everything I’m doing even without the fame. I mean it’s helpful but it’s also a responsibility. You want to make sure that your following is happy; they expect something from you and sometimes it’s hard to be there 100% every time. But with that comes the ability to be an influence for so many people. It’s inspiring to make so many people happy and to set a good example. I think as long as you’re a good person and you have good intentions and a kind heart, it’ll work out for you.