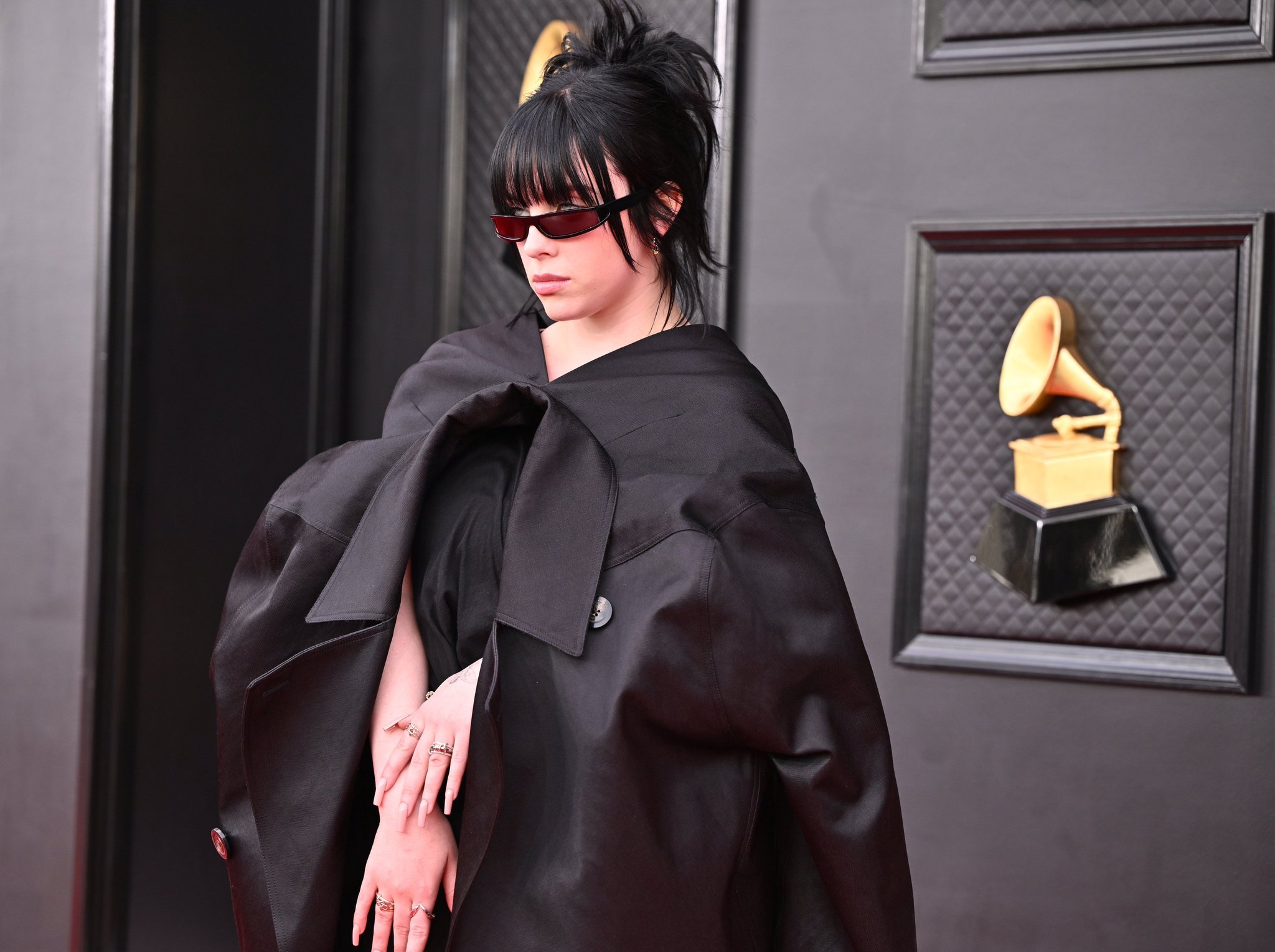 The 64th Grammy Awards in Las Vegas, Nevada on Sunday night was a glamorous affair. Dua Lipa and Doja Cat stunned in Versace, St Vincent wore a glimmering gown by Gucci, and Lil Nas X had several elegant Balmain looks. Then there was Billie Eilish in Rick Owens.

It seemed a lifetime ago that the “Happier Than Ever” singer wore an Oscar de la Renta ball gown to the Met Gala in 2021. This was to honor the theme In America: A Lexicon of Fashion. The media had never seen Billie like this before…a mature young lady fit to attend the venerable Met Gala hosted by Dame Anna Wintour. In fact, the Oscar de la Renta dress itself was inspired by another trendsetter who didn’t quite fit in, Marilyn Monroe in her 1951 Oscars dress. Funny thing, that’s not Billie and it might not have been Marilyn, either.

The young musical prodigy that first got noticed releasing music on SoundCloud and then on TikTok couldn’t be further from the image the fashion community has tried so desperately to mold her into. British Vogue stylist Dena Giannini very oddly remarked, “[Billie] always dreamed of wearing a proper ballgown — particularly something corseted, thanks to her love of Barbies growing up.” Fortunately, Bodice Billie does not exist and can never exist. This is because Billie and Finneas’ music is the antithesis of artifice.

While Billie seemed enthusiastic to try new things like shedding her oversized style, the twenty-year old ultimately decided she was “scared and didn’t feel comfortable” at the Met Gala in September 2021.

American designer, Rick Owens, long considered something of a fashion outsider, has recently garnered a lot of attention from younger audiences, particularly on the internet where they live. Only recently did the CFDA begin throwing awards at him such as the Lifetime Achievement Award in 2017 and then the Menswear Designer of the Year award in 2019. Owens is something of a strange poster boy for American Vogue slash the CFDA. He even seemed surprised.

Upon winning Vogue’s CFDA Lifetime Achievement award, Owens said, “it’s quite a surprise to tell you the truth. It’s not deliberate; I have never really participated in that world—and I always call it “that world,” but obviously I am a part of it. I’ve always considered myself more kind of behind-the-scenes.” For sure. Owens has long been a foil character to that world, no doubt.

Deeply inspired by KIϟϟ costume designer Larry LeGaspi (Owens published a book on it), he explained that LeGaspi “infiltrated middle America with this subversive sensibility…he connects with soul culture—black soul culture and music…all of this stuff coming together was very important to this kid [Rick Owens] in Porterville.” And, “I do think of Larry’s as a kind of biblical story…about the glory of lust and vice, something I talk about a lot, but also about dissipation and decline—which I also talk about a lot…When I was 15, I wanted to be dissipated. And now I am, a little bit. But there is also responsibility.”

Responsibility. The Meta Gala theme In America: A Lexicon of Fashion seemed to celebrate an image of fashion that doesn’t really exist. It exists only so far as American fashion editors believe this is what they need to serve to a sleeping middle America for approval. Is it any wonder then that some of the greatest minds, designers like Rick Owens, Telfar Clemens, and Thom Browne, flee to Paris to show how they deconstruct American fashion subversively?

And speaking of lexicon what about the word woke – a term Billie is practically synonymous with. The next generation is far too nimble and aware to be served something that isn’t authentic. The sad attempt to fit Billie into America’s collective unconscious of what a young Vogue woman should look like is part of the reason why these longtime publications are losing their touch. It is also why Billie must feel at home wearing Rick Owens to the Grammys.

Fashion, as this magazine knows it, has long been about breaking boundaries and shattering belief systems. As former Vogue editor Diana Vreeland once put it, “fashion is part of the daily air and it changes all the time, with all the events. You can even see the approaching of a revolution in clothes. You can see and feel everything in clothes.”

Change is in the air. There is a revolution coming for American fashion and Billie Eilish in Rick Owens on the Grammys red carpet is a weathervane spun out of control. Does anyone notice?

What happened on the Grammys red carpet?