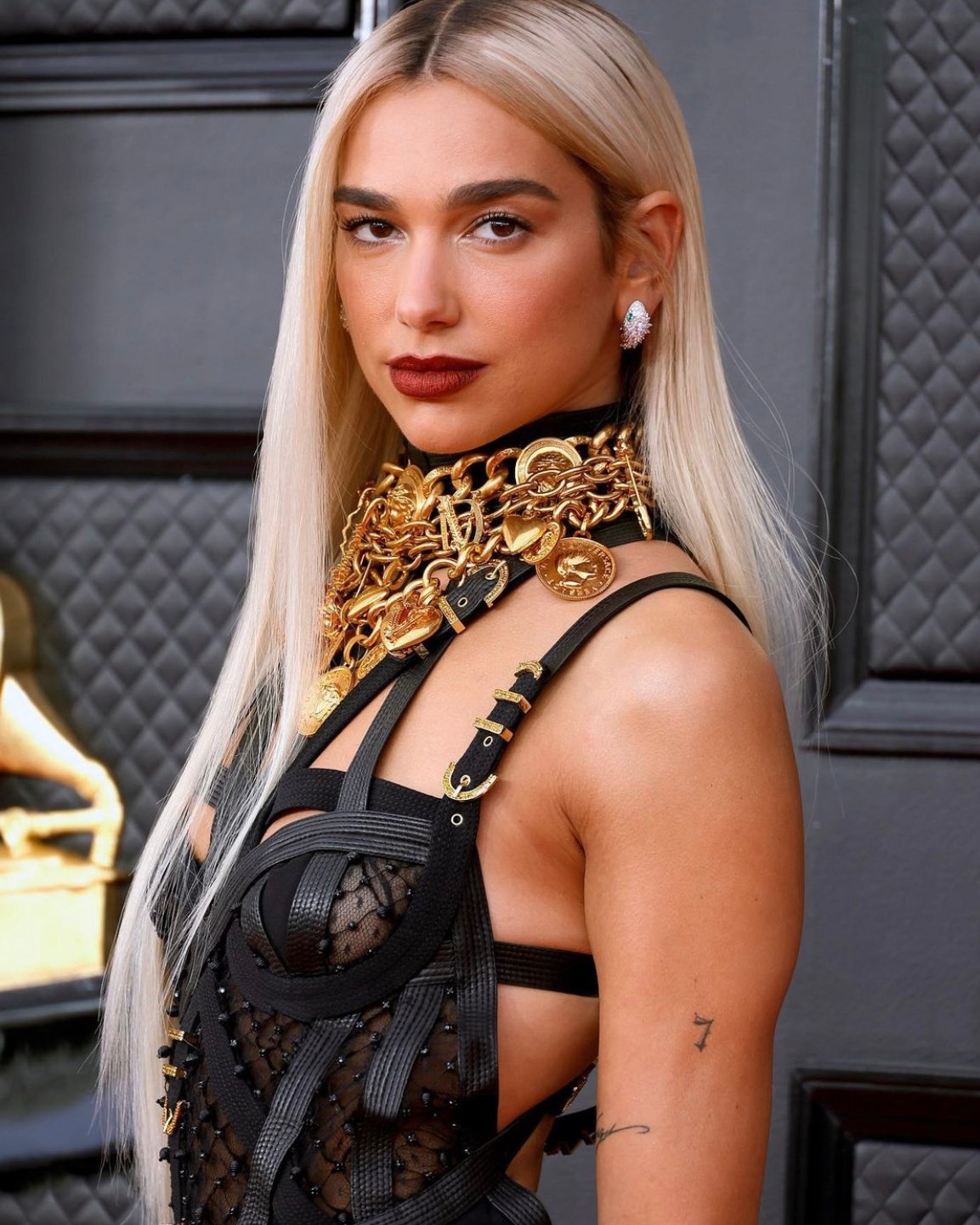 The 64th Annual Grammy Awards was underway yesterday evening in Las Vegas, Nevada. From Gucci to Balmain to Verace, here are some of our favorite looks from the Grammys red carpet.

In Rick Owens was Billie Eilish looking happier than ever.

Dua Lipa wore vintage 90s Versace in the presence of Donatella. She also starred in the Versace campaign two seasons ago.

Why didn’t you say so? Another stunner was Doja Cat who also wore an Atelier Versace dress

Host Trevor Noah, who inadvertently had Kanye West banned from the Grammys, looked dapper in Gucci.

Finally, Gucci bad boy Jared Leto showed some skin and actually made The Wall Street Journal’s ‘The Grammys most daring looks‘! Too funny.

See more of the red carpet on E!