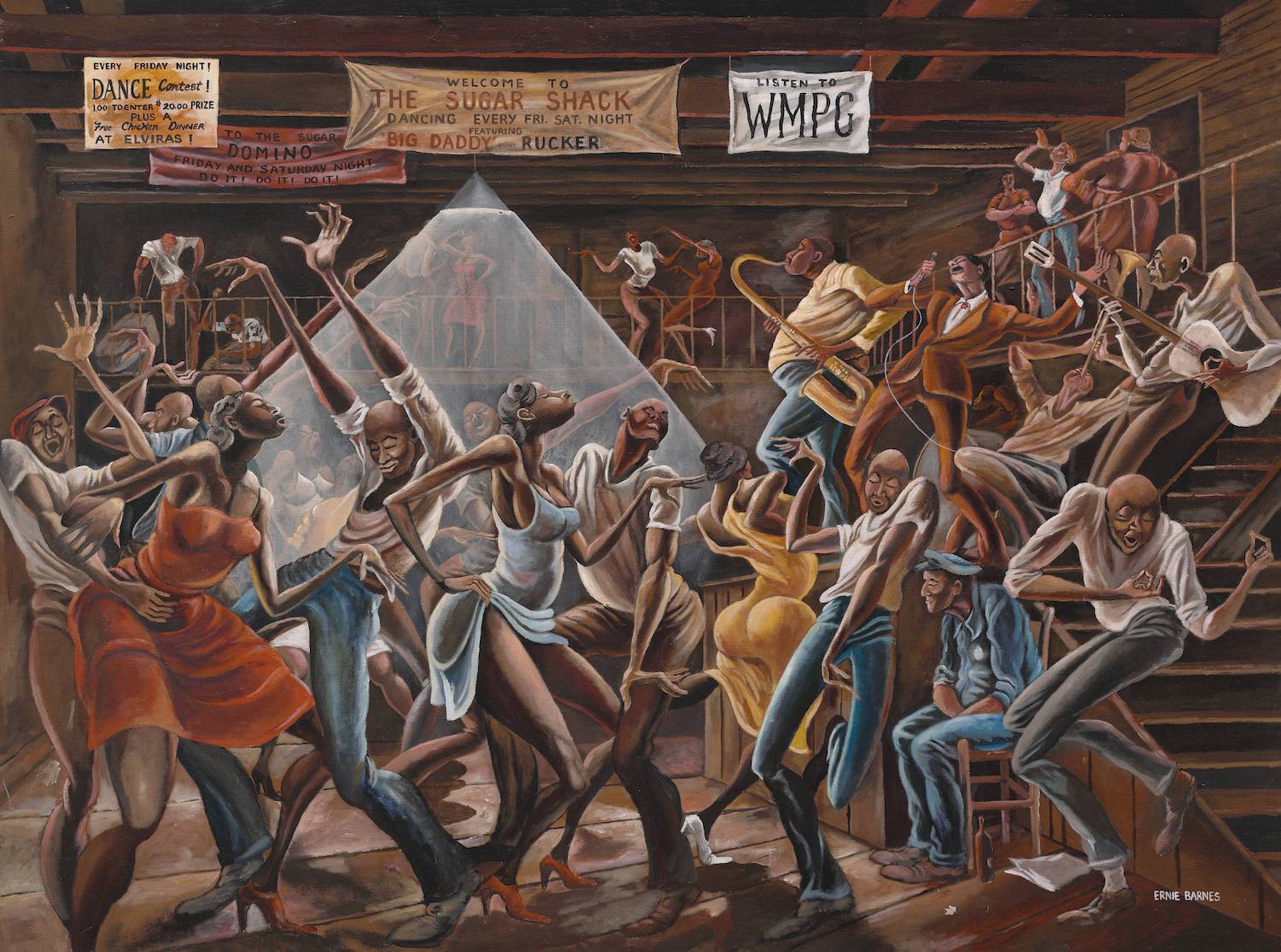 Ernie Barnes‘ The Sugar Shack made headlines last month when Houston hedge fund manager Bill Perkins got into a bidding war over the historic painting. Expecting to pay $2 million for the painting at Christie’s, the final hammer price went down at over $15 million. Now, the coveted work makes its way to the Museum of Fine Arts, Houston (MFAH) on June 15th.

There were two versions of The Sugar Shack painted by Barnes. The first version was acquired by Motown star, Marvin Gaye, who featured it on the cover of his 1976 album, I Want You. The second version was added to the end credits of the CBS sit-com Good Times. The painting was inspired by a childhood memory for Barnes of sneaking into a dance hall called the Armory. “It was the first time my innocence met with the sins of dance,” he told an interviewer in 2008.

The MFAH describes it as follows, “The vivid image, with its dynamic, elongated figures dominating the packed space of a dance floor and illuminated by a cone of light from a single bulb, reflects what became known as the Black Romantic tradition, as writer Jasmine Sanders has noted: Barnes’ “mode of kinetic figuration, animating black existence with just enough verisimilitude, influenced a generation of black portraitists; meanwhile, The Sugar Shack itself became a staple in black homes, its popularity embodying an act of communal creative expression on par with the painting’s exultant scene.”

Learn more about the MFAH and the historic painting at mfah.org